The Internet is the be all, end all for all kinds of crazy finds.

If you know where to look, you can find just about anything you could ever ask for ( and even those you didn’t) on the Internet. But in this new age where people are taking to online retailers to purchase many of their goods, average Joes are creating their own storefronts on social media to get rid of their useless, bizarre collections.

So when Katie Gold came across a post for a dog rug, what she expected to find was either a rug with a dog printed on it or a piece of carpet that the owner’s dog used as a sleeping pad. Upon further inspection, she realized that the truth was much more morbid than she every could’ve imagined.

At first glance, you’d probably assume that the seller had exploited their adorable dog to help sell their used rug on Facebook.

Although with the whole post put into perspective, you’d realize that these sickos had their dead dog repurposed into a rug itself. Despite their emotional attachment to the item, the new pooch in town had a hard time dealing with its family’s gross rug, leaving them with no other option to get rid of it. Why not try to make a few bucks off the thing, right? 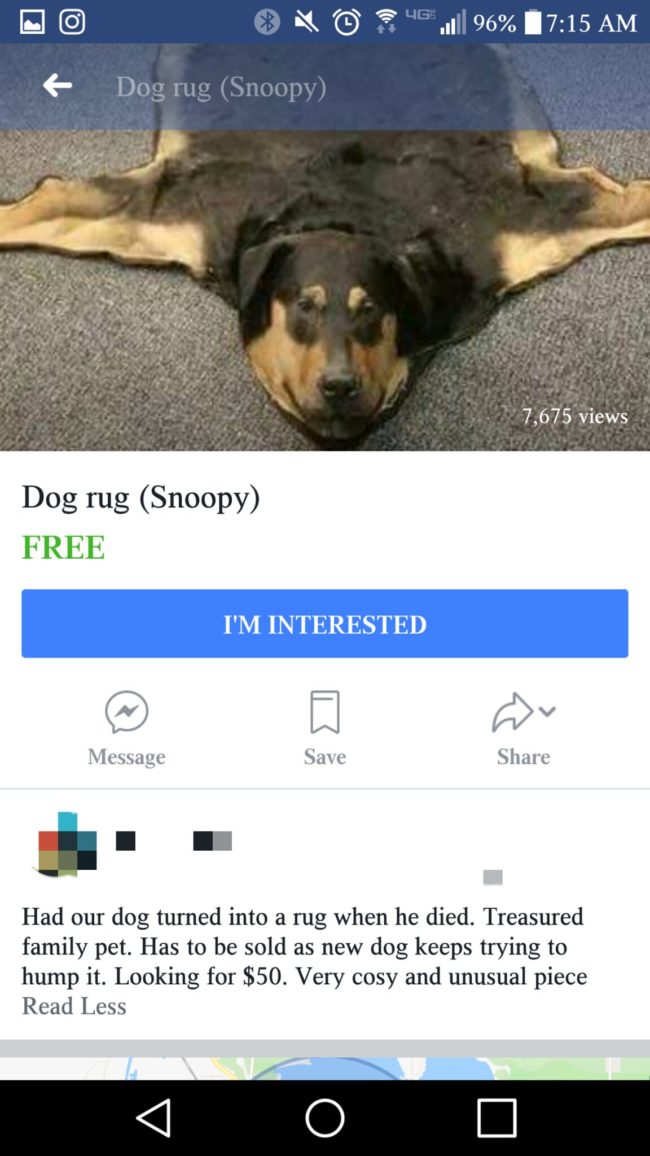 And as you could guess, Twitter had a field day with this absurd item for sale. Most people couldn’t begin to comprehend why anyone would want the dead carcass of their pet taking up space in their home.

Others couldn’t get past the idea that people were selling their dead dog on the Internet.

What’s the weirdest second-hand find you’ve ever come across? Be sure to let us know!