Most of us have probably gotten distracted on at least one occasion while driving, but this guy really took it to a whole new level!

On August 17, a security camera captured a huge sinkhole opening up on a street in Guangxi, China. Thankfully, nobody was standing or driving on the spot when it occurred, but that doesn’t mean nobody fell in.

Right after the sinkhole was formed, a man riding a scooter approached, totally unaware of the hole. 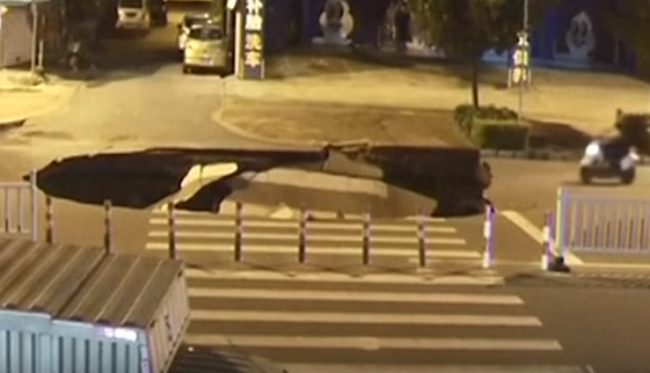 Because he’d been looking at his phone instead of the road, he drove straight in while another man watched without much concern… 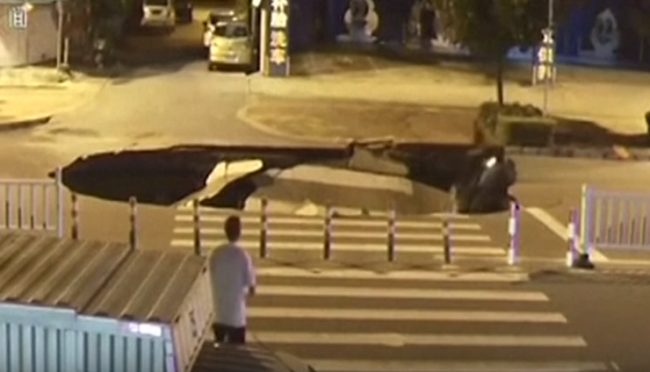 …and it was all recorded in the CCTV footage below.

Surprisingly, the man only sustained minor injuries and was able to climb out by himself. If watching this doesn’t stop people from texting and driving, nothing will.