I’ll be the first to admit that I’ve wrongly blamed my parents for some of my problems.

We all have, but I think I can speak for the vast majority of us when I say that we’ve never been as spiteful in our blame games as this man. In the seriously unsettling interview below, American serial killer Edmund Kemper, otherwise known as the “Co-ed Killer,” says that his mother was the reason he became a murderer, but his creepy statements definitely don’t end there.

Not only does he give terrifying details about how he killed her, but he twists his words to make the murders soundlike they were cathartic experiences for him.Talk about gruesome, right?

As a child, Kemper was brought up by his abusive mother until he turned 15.At that age, he murdered his own grandparents and was taken to the Atascadero State Hospital for the criminally insane.

When he was 21, he was released because psychiatrists believed that he’d been rehabilitated.They couldn’t have been more wrong. Three years later in 1972, he began picking up and killing female hitchhikers in a spree that lasted almost a year. 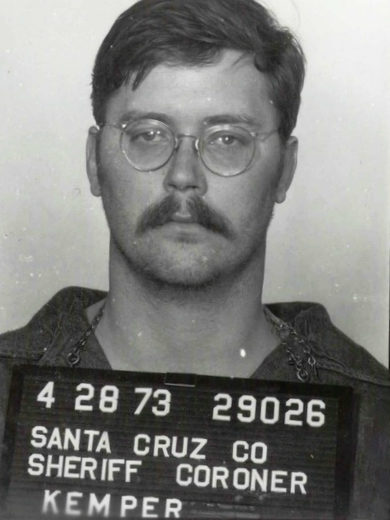 He ended up murdering 10 people, the last two of whom were his own mother and her best friend.But what he did to them after they were dead was even more disgusting. He sexually defiled the bodies before cutting his mother’s head off and using it as a dart board. 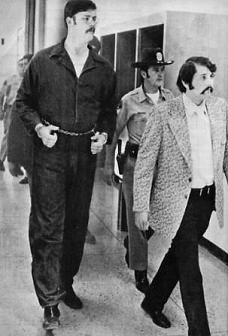 After killing his mother, Kemper finally turned himself in and confessed to everything.But he claimed that if it weren’t for her abusive tendencies, he would never have killed the hitchhikers in the first place.

You may be tempted to feel bad for him after watching this, but just remember all of the innocent victims he left in his wake.This man doesn’t deserve sympathy from anyone.