No retail store is safe from shoplifters, and nobody can blame them for doing everything they can to stop theft.

That said, there’s a big difference between actively trying to prevent product loss and accusing someone of stealing because of their race — a lesson three Old Navy employees learned the hard way last week when they ruined a black customer’s experience. James Conley III was shopping at one of the company’s stores in West Des Moines, Iowa, on January 30 when while paying for his purchases, he was asked if he also wanted to buy the blue jacket he was wearing.

The 29-year-old explained he’d gotten the store brand jacket as a Christmas gift, which should have ended the conversation right there. However, he says the store manager, Beau Carter, wasn’t satisfied with that answer, saying, “anytime someone wears Old Navy clothing they have to always scan that customer’s clothing to ensure that it was previously purchased.” 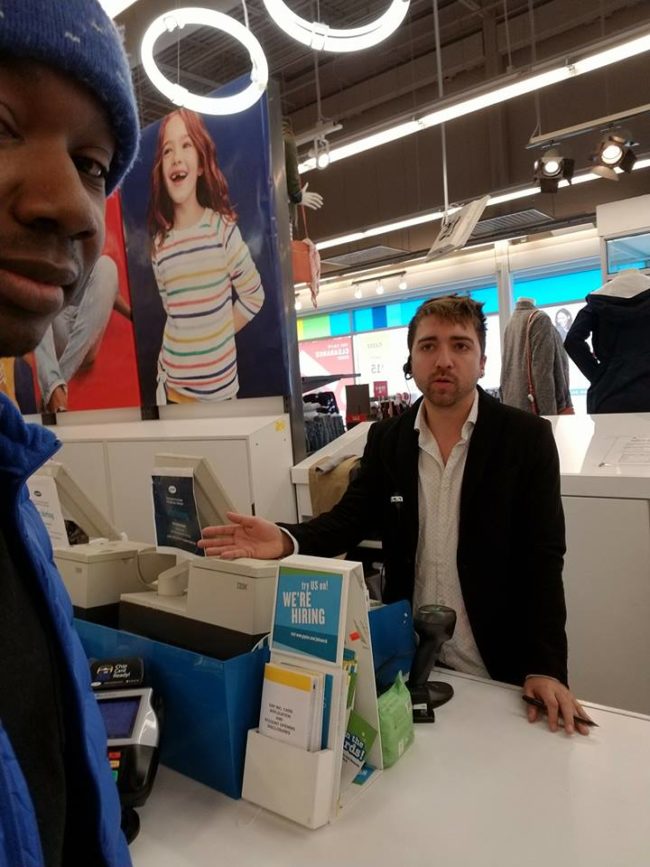 As an Old Navy customer who’s personally worn their clothes into the store before, I can tell you that’s news to me. It was to Conley III as well, who felt humiliated and discriminated against when another employee took his jacket, scanned it, then tried to make him pay for it a second time!

He believes he was being racially profiled, and it’s hard to argue with him. “The previous ‘non-black’ customers had on identical apparel as me from Old Navy but was never asked to scan their clothing,” he said.

His ordeal finally ended when the district manager checked the store’s surveillance tapes and confirmed Conley III had, in fact, walked in wearing the jacket.

Still, he says he received no apology at all for the way he was treated.

A few days after Conley III shared his awful experience on Facebook, Old Navy issued this statement concerning the matter: 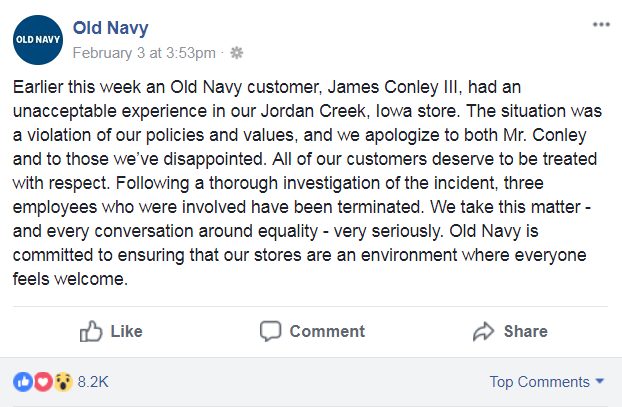 NowConley III plans to file a civil rights complaint and pursue a civil damages lawsuit — as he should! Unfairly targeting people because of the color of their skin HAS to end.