She Thought She Was Getting A Performance Review. Then She Saw Her Students’ Sign.

Getting called into a one-on-one with your boss can be pretty intimidating, but what this woman initially thought was a meeting turned out to be the best day of her life.

Dallin Knecht had been dating his girlfriend, Sara Trigero, for two years before he decided to take the next step in their relationship. Wanting to make the occasion as special as possible and knowing how much Trigero’s preschool students meant to her, Knecht asked for their help in popping the big question.

First, he staged a fake performance review between Trigero and her boss at the Child and Family Research Center at University of Nevada-Reno. After leaving the meeting, though, Trigero saw hertwo- and three-year-old students standing outside holding a sign that read, “Sara, say yes.” 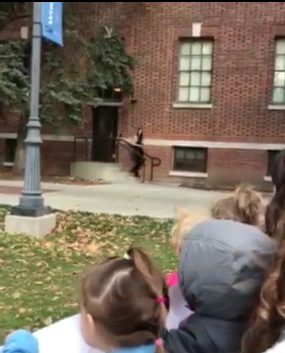 That’s when Knecht walked up to her and got on one knee. 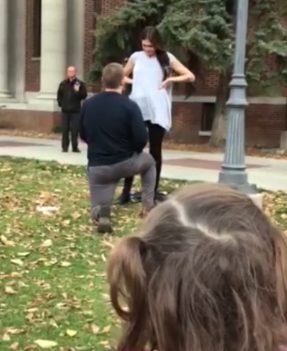 Watch the sweet proposal below.

It must have meant so much for Trigero to have her students there during that special moment. Congrats to the happy couple!