A Kayaker Saw A Bag Floating Nearby. What He Found Inside Is Heartbreaking.

Many of us feel a strong urge to protect the most innocent and vulnerable creatures in our world, like baby animals.

Unfortunately, the monsters living among us have proven that cruelty runs rampant, as much as we don’t want to believe or accept it. One kayaker was faced with this awful truth when he came across a grain bag in a river in Uxbridge, Massachusetts.

Inside the bag were six tiny puppies who were all miraculously still alive. 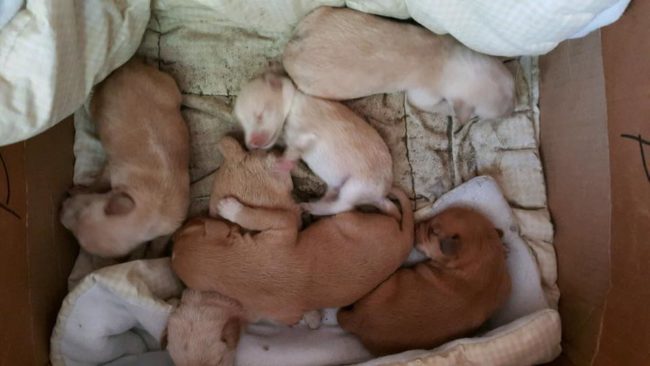 The Uxbridge Police Department is currently searching for the person responsible. Here’s their statement on the matter.

Earlier today, six puppies were found by a kayaker. These puppies were tied up in a grain bag and left for dead after being dumped in the river near River Rd. If you have any information that could lead us to the low life that could commit such a heinous act, contact Officer Benjamin Smoot at Uxbridge PD. Uxbridge Animal Control Officer responded to the scene and took possession of the puppies. They are all doing well, considering the circumstances, and we believe they will all survive. The puppies are currently being kept together, and are being cared for by a professional until they are able to be adopted.

Learn more about these puppies and the person who saved them below.

It’s such a relief to hear the puppies are okay, but I sincerely hope that whoever did this doesn’t get away with it. A person capable of such cruelty needs to be punished.