While rescuing a stray dog or cat off the street can seem like a small gesture of kindness that anyone can do on their own, when it comes to rescuing much large animals, sometimes it takes an army to help save the day.

So when a baby whale weighing more than seven tons found itself washed ashore along a beach in Brazil, more than 300 volunteers came to lend a helping hand. The poor whale was discovered in the early afternoon by residents of Armaçao dos Buzios, a resort town outside Rio de Janeiro. As the whale’s chances of survival grew slimmer, more and more people reached out to help.

A human chain of people passing buckets of water to keep the whale alive. 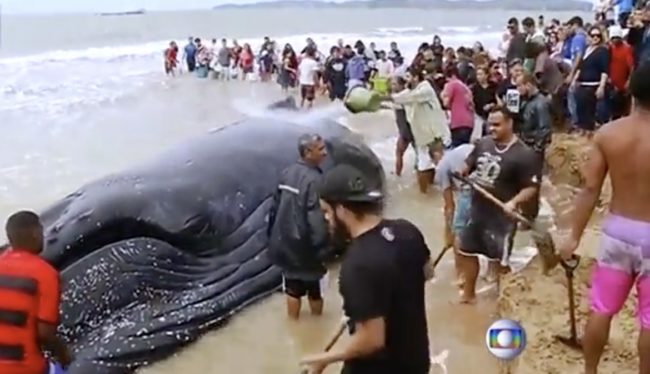 A trench was also dug to help the animal make its way back to sea. 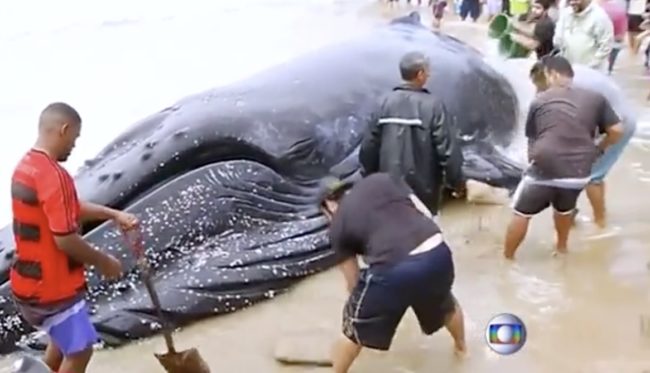 However, when none of these rescue efforts worked out, it was the whale’s own determination to push itself further out to sea that eventually led the animal back to safety. 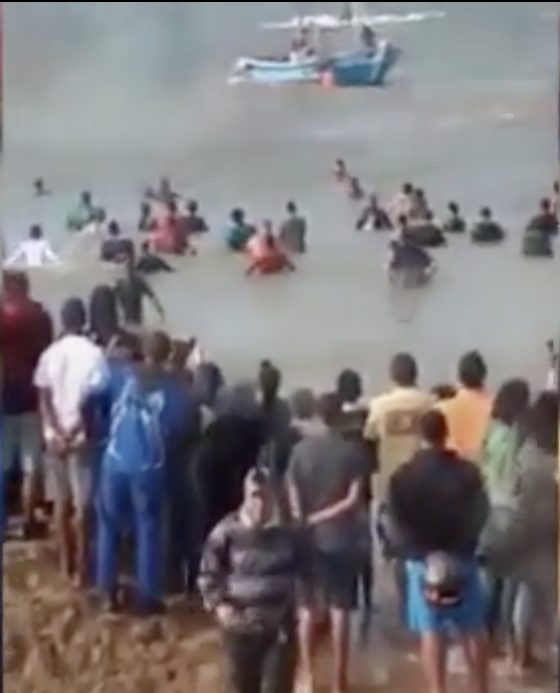 Hundreds of people could be heard in the water and along the shoreline cheering on their rescue efforts, knowing that they helped play a part in reuniting the whale with the sea.

It just goes to show that perseverance is key. Kudos to these volunteers for never giving up until their whale rescue was a success.