There are tons of reasons to get banned from making Thanksgiving dinner.

One woman has made a career and an art out of making nasty, spooky food, and for two Thanksgivings in a row, she’s definitely brought her A-game. Check out her incredible (and gross) creations.

Last year, Hellen Die cooked her family’s turkey for Thanksgiving, but she added a chestburster from the “Alien” movies. Let’s just say her family wasn’t thrilled.

I have warned my family…I will be making another turkey this year. Brace yourselves. #Thanksgiving is coming.

They probably weren’t surprised, though. Hellen runs the Necro-Nom-Nom-Nomicon, creating incredible ghoulish treats year-round. She decided to tackle this monstrosity next. 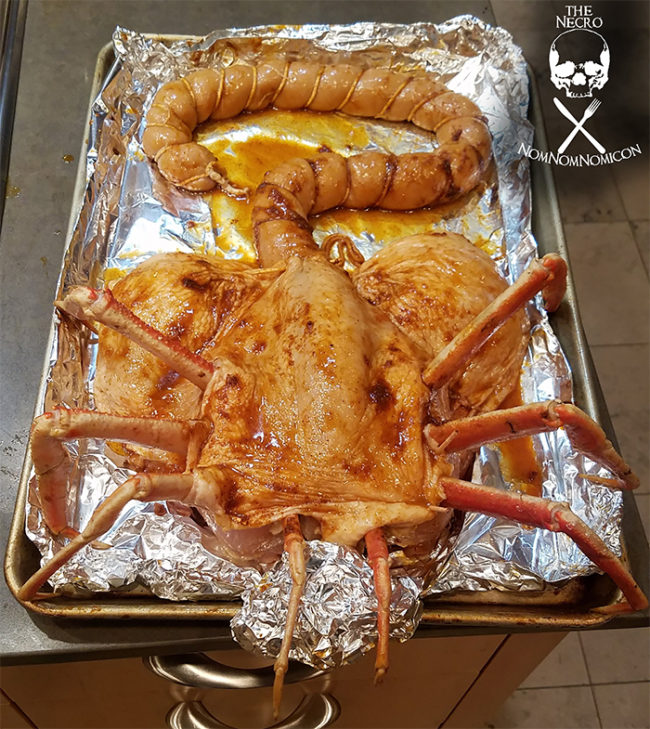 The facehugger is made of chicken, chicken sausage, and crab, and it’s covered in honey infused with ghost peppers. It’s pretty much a nightmare all the way around.

What's for dinner tonight at my house??? Any guesses?

I dunno about you, but I’d definitely believe this thing was after me. I can see why her family decided to bring their own main dish this year.

It's here! It's here! It's finally time to reveal the annual creepy #Necronomnomnomicon #Thanksgiving feast! Full recipe and tutorial for this massive 3-foot long 100% edible #facehugger are now live on my blog!

Still, it looks like the creepy dish wasn’t totally disgusting. After all, it’s still food, and it didn’t go to waste! 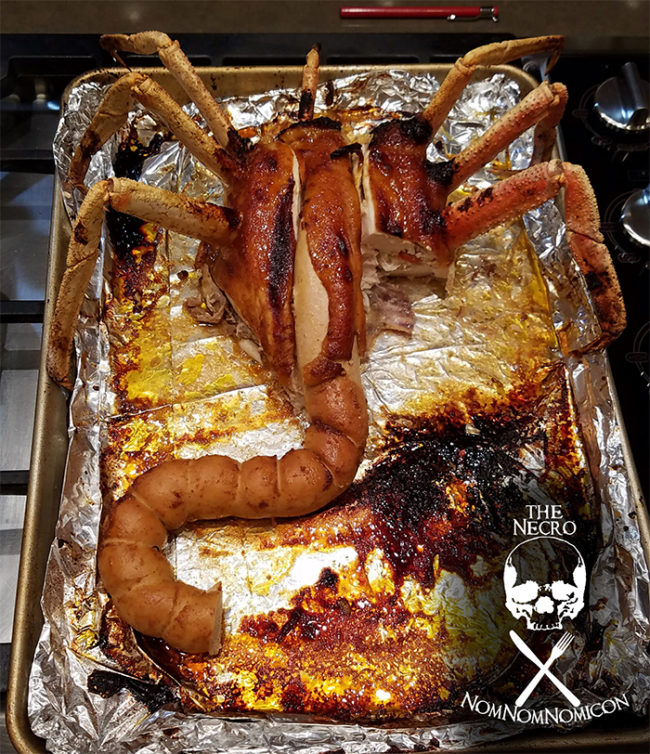 These horrifying dinners are not my thing, but I’d be hard pressed not to admit that she has a ton of talent when it comes to her food creations. Want to see more? Follow her on Instagram.