It Looks Like These Gators Are Dead And Frozen In Ice, But Here’s What’s Really Happening

As temperatures have dropped, we’ve learned a lot about how some animals survive the winter.

In some locations, people were noticing frozen iguanas falling out of trees. Thinking the lizards were dead, one man even picked some up and put them in his car. As the heat of the car warmed them, the iguanas suddenly came back to life.

What gives? Well, lizards can put their bodies into something called “brumation,” a kind of hibernation that allows them to lower their body temperature to survive the winter, and it’s not limited to iguanas.

When a video was posted showing alligators in a frozen swamp with their noses sticking out of the ice, people thought they were dead. 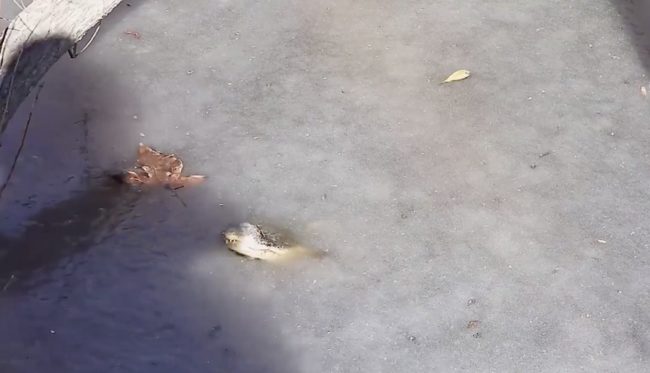 Actually, like the iguanas, they’ve gone into brumation, and they’re protected through the winter by the ice surrounding them. 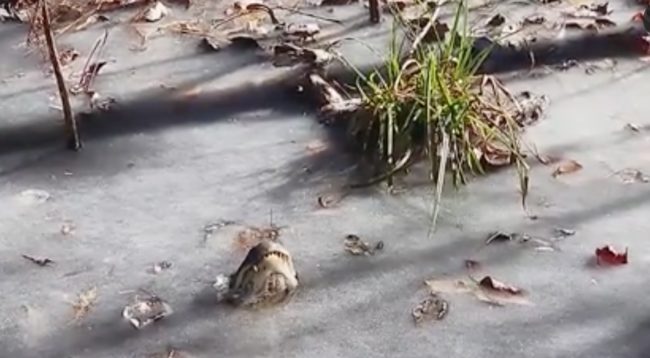 Check out the crazy video. It’s hard to believe that when the ice melts these dinosaurs will be waking up.

To be honest, I kind of wish I could do this and totally sleep through the winter, too! I love learning new things about the natural world.