They had met at a psychiatric hospital where she was working and he was a patient.Nettles told Applewhite that extraterrestrials had foretold that this meeting would happen and convinced him that he had a divine purpose.The two grew to believe that they were the two witnesses described in the Book of Revelation and that they were chosen to fulfill biblical prophecies and contact aliens, so they began recruiting followers, promising them that they’d be brought to a higher evolutionary level to overcome their “humanness.”

Members sold their possessions and left their families to go underground with their newfound “family.”The group believed that evil space aliens, which they called Luciferians, were tricking people into believing they were God and corrupting them.They were also convinced that a second coming was impending and that the only way to survive it was to “leave” by way of suicide.

On March 26, 1997, police found 39 dead members who’d committed mass suicide.They’d been under the impression that this would allow them to reach an extraterrestrial spacecraft following Comet Hale–Bopp.Applewhite’s body was found among them. 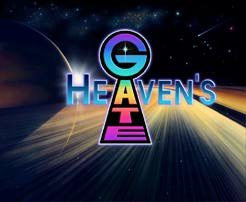 Read More: 13 Truly Horrible Stories From People Who Used To Be Trapped In A Cult

While I’m sure you’re thinking all of this sounds crazy enough, it’s even more bizarre hearing it from Applewhite himself.

According to him, aliens are much more attractive than we give them credit for.

Oh, and sorry, breakfast lovers, there won’t be any scrambled eggs in his “father’s kingdom.”

But Applewhite’s final message encouraging others to kill themselves alongside him really takes the cake.

I don’t doubt this man believed every delusional word he said, but it’s so disturbing that he successfully convinced others to take their own lives.Share if watching him speak about his so-called religion gave you the creeps.