Researchers from Utah’s Division of Wildlife Resources often catch, tag, and release elk in order to monitor their migration paths and survival rates.

Most of the time, these operations involving helicopters and remote wildlife are successful. According to Mark Hadley, who is with the division, the state captures about 1,300 animals every winter without incident. But on February 12, one trip went very wrong when a leaping elk in eastern Wasatch County brought a helicopter crashing to the ground.

A typical netting process involves researchers flying over a target and firing a net at it, which usually causes the animal to fall to the ground. 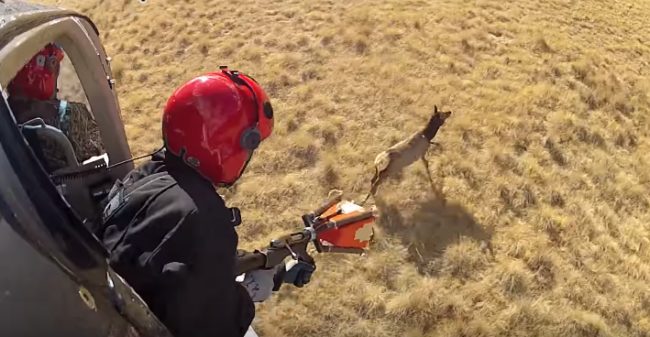 Once the elk is restrained, it’s sedated, fitted with a tracking collar, then released back into the wild. However, things didn’t go as planned for the group of researchers whose helicopter collided with one such unfortunate creature. 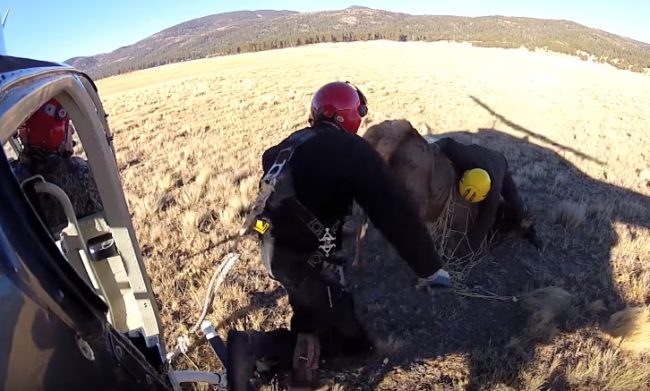 Last week, the Wasatch County Sheriff’s Office received a distress call from a downed helicopter near the Currant Creek Reservoir. 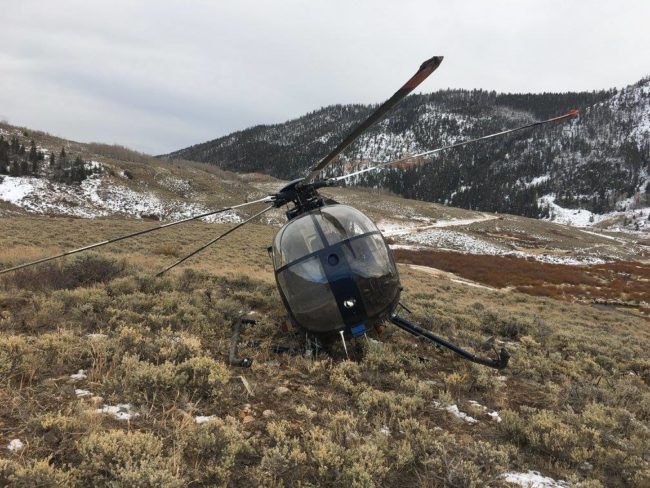 The researchers inside had fired a net at an elk, but this time, the animal hadn’t fallen to the ground; rather, it remained on its feet. So when the pilot lowered the helicopter for a landing, the elk jumped unexpectedly, hitting the tail rotor and sending the chopper to the ground. 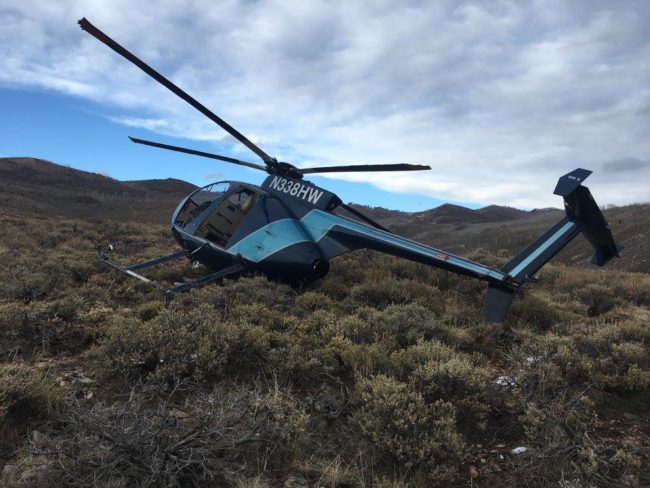 “The two people aboard the chopper are okay except a few small cuts and bruises,” Wasatch County Search and Rescue reported. “As for the chopper not so good.” The helicopter was damaged on its tail rotor, right skid, and underside. The elk didn’t survive. 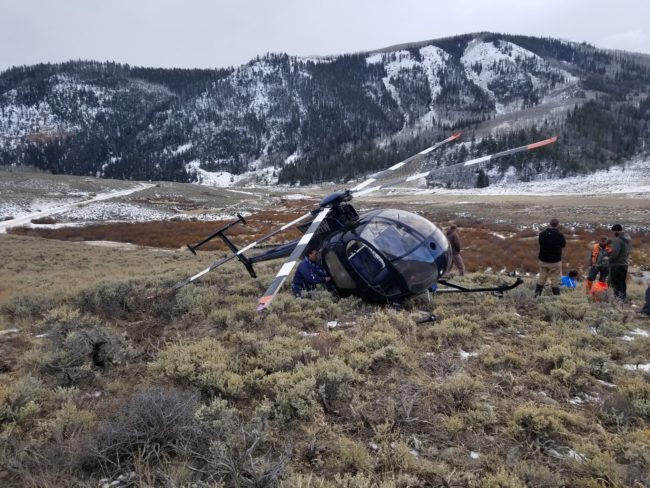 (via IFL Science and Independent)

Tonya Kieffer, the Northeast Utah conservation outreach manager for the Division of Wildlife Resources, says they will review the incident and make any necessary changes to prevent it from happening again. Here’s hoping the elk’s death was quick and that it didn’t suffer.