America has some pretty insane urban legends deeply rooted in its culture. Bigfoot is probably our most popular one, but there are tons of creepy local legends just waiting to be made into a horror movie.

When you look at some of the urban legends from other countries, you may wonder what is even going on outside our borders. Sure, Bigfoot is a bizarre claim, but it’s nothing compared to these awesome and terrifying urban legends from Japan.

1. Jinmenken: These spirits are dogs with human faces that run faster than you can see them. They can talk, but usually they only speak to say how they wish to be left alone. 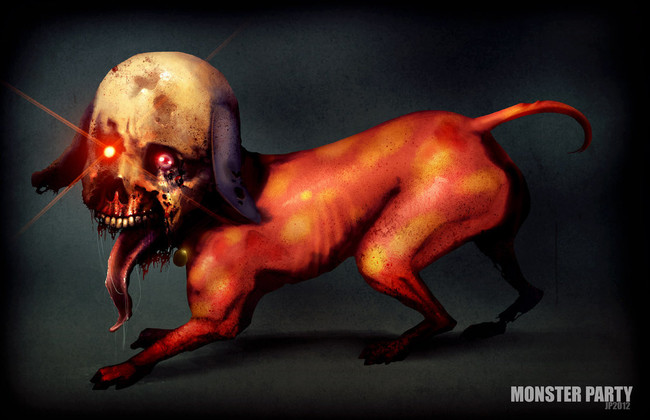 2. Tomino’s Hell: There is a poem called Tomino’s Hell written around the early 1900s about a boy’s descent into the underworld. It is said that you will die if you read the poem aloud. 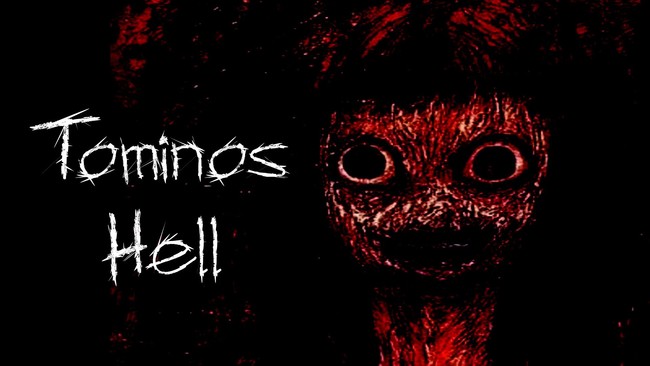 3. Hanako-san: This is a famous legend in all elementary schools in Japan. A young girl once killed herself in the third stall of the bathroom, and she supposedly still remains there. 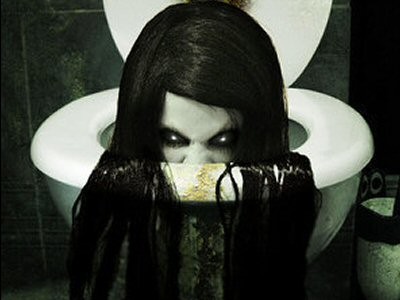 4. Aka Manto: This is another toilet dwelling ghost. This one gives his victims the choice between red or blue toilet paper. Those who answer red bleed to death, blue gets you strangled.

The answer “no paper” is the correct answer, but I mean ew that sounds uncomfortable, right?

5. Inunaki Village: No one knows if it truly exists, but legend has it that Inunaki village is a severely isolated town where no laws apply and anarchy reigns supreme. You are free to steal from, kill, or even eat anyone you want there. All who visit never return. 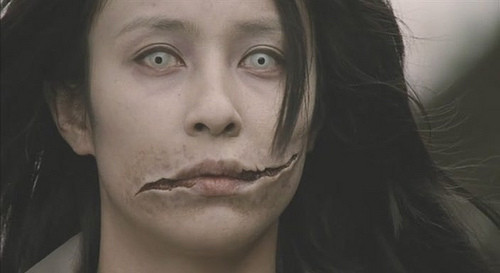 7. Gozu: Few know the ancient story of Gozu, the cow head, but rumor has it that the story is so scary that merely telling it will cause seizures.

The story allegedly catches the listeners attention so much, they literally cannot stop listening. The listener trembles and convulses with fear until they finally die.

8. The Girl In The Gap: One Japanese superstition holds that a spirit lives between the gaps of things like furniture and slightly open doors. If you catch eyes with the girl in the gap, you will be instantly transported to Hell. 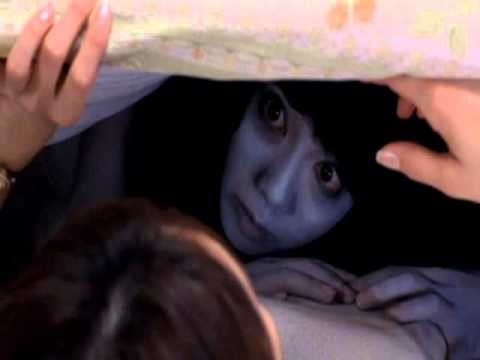 Don’t look in gaps between furniture.

9. Kune Kune: The kune kune spirit is often seen in fields. The apparition takes the form of a white sheet-like mist that moves similar to a worm. If you touch the kune kune, you will be driven insane. 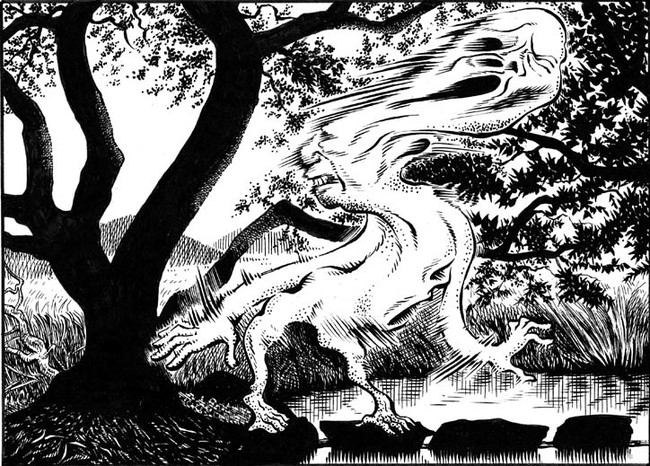 10. Teke Teke: The legend of Teke Teke says that a woman was cut in half by an oncoming train and now crawls around town with a scythe, where she halves people and turns them into Teke Tekes. 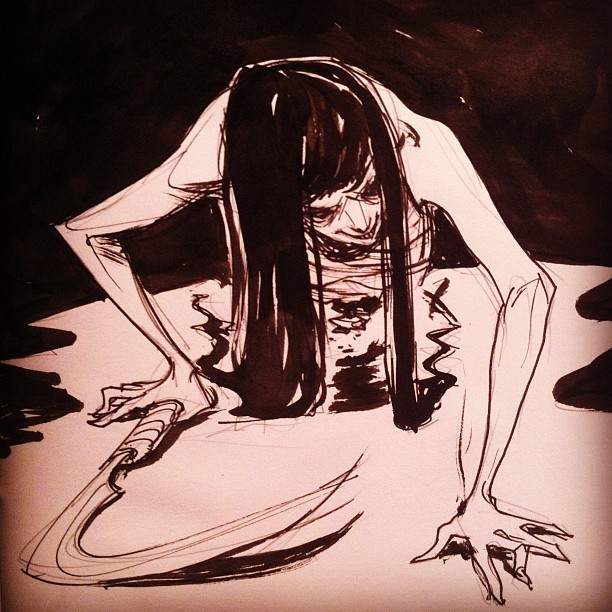 11. Hitobashira: This was an ancient practice of putting human beings in pillars. People believed that this somehow made them stronger. To this day, buildings with pillars are said to be haunted by the people trapped in the pillars. 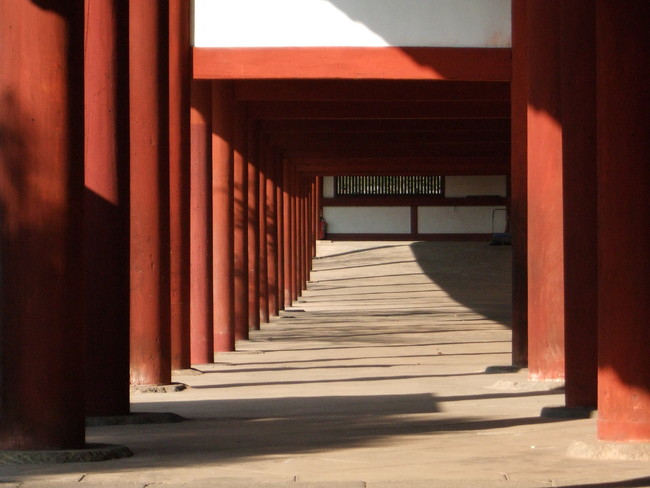 12. The Noppera Bo: The Noppera Bo beings (or “no face” beings) trick people into becoming their friend in order to steal their features. 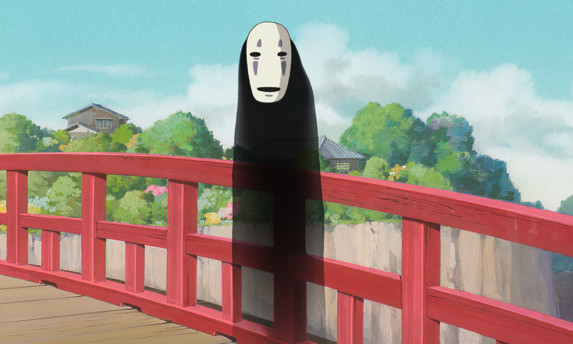 13. The Okiku: This doll is named after her 2-year-old owner that tragically died. The family prayed to it daily until one day, the doll’s hair began to grow, reaching 10 inches long. 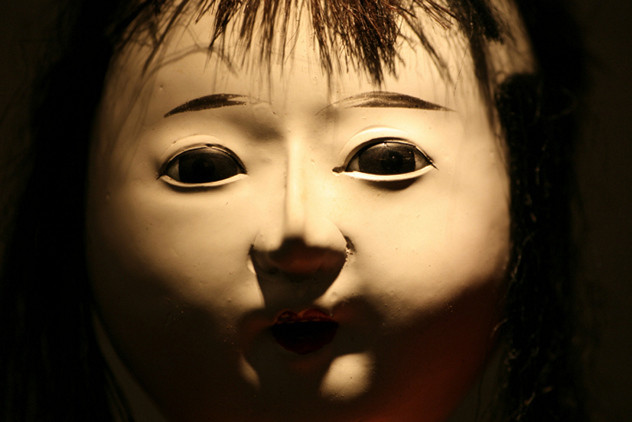 Scientists concluded that the hair is human, but have no explanation beyond that.

I think I’d have a hard time explaining to a foreigner how a giant monkey man roams the American forests, yet has somehow never been seen. At the same time, dogs with human faces? No thanks!