They Just Found A Missing Man…INSIDE A SNAKE’S STOMACH

While searching for a missing farmer in Indonesia, authorities found a suspiciously fat python. The snake was deep in a food coma, so full that it was unable to move.

By now, I’m sure you know where this is going. If you want to bail, I totally understand. On the other hand, if you’re a glutton for punishment (like myself), by all means, keep reading.

You’ve been warned — continue at your own risk! 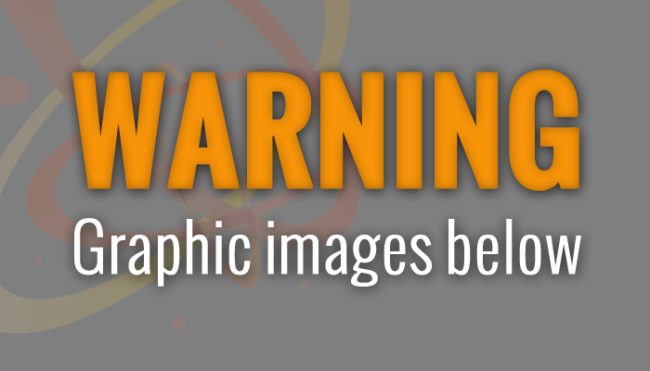 Pythons are ambush predators, meaning that they strike suddenly from a camouflaged position. After grasping prey with their sharp teeth, they squeeze their victim to death before swallowing it whole. 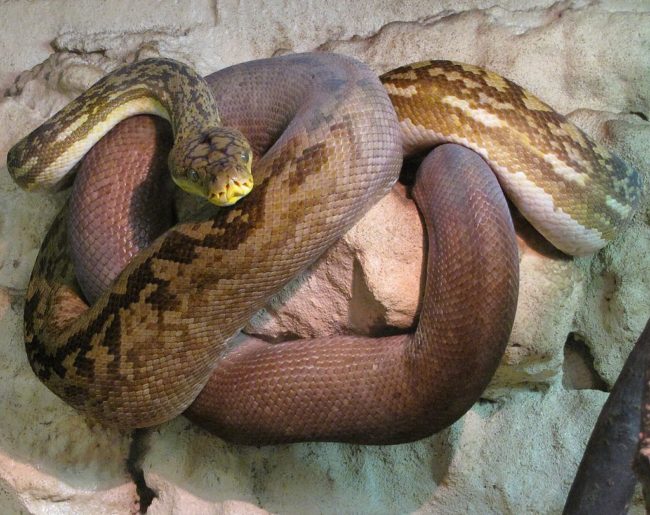 It’s pretty obvious when they’ve had a particularly large meal. While they’ve been known to take down deer, antelope, and other large prey, they rarely attack humans. 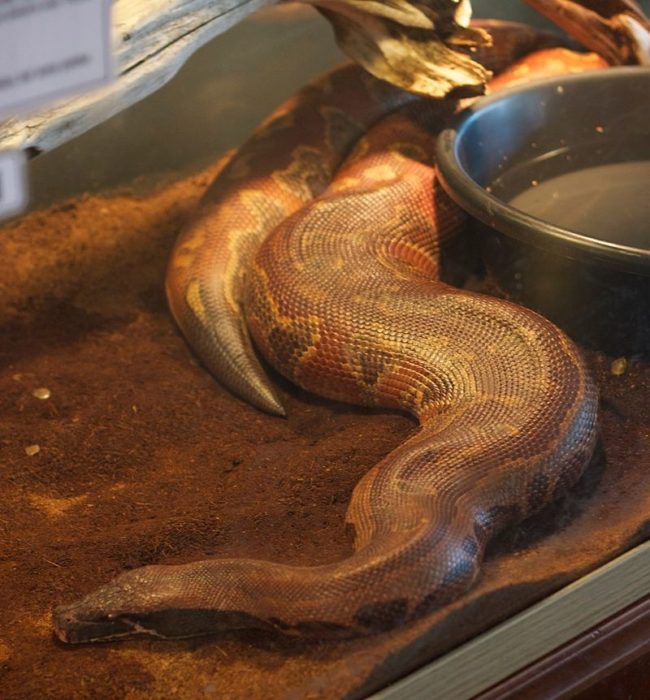 So 25-year-old Akbar Salubiro probably never even saw the python that killed him before it struck. Friends and family reported him missing when he failed to return from harvesting palm oil. While looking for clues, a search party came across a 23-foot-long python. 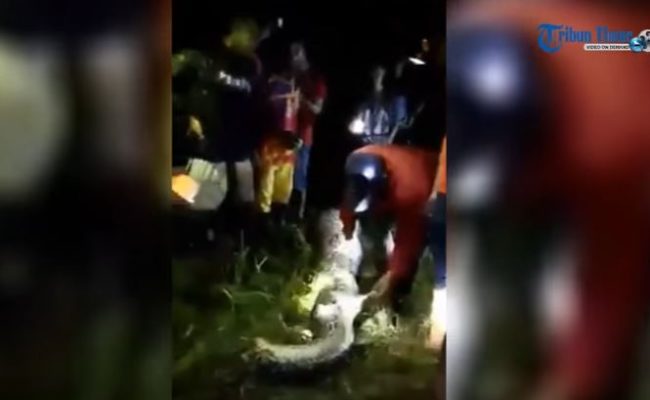 Next to the snake was Salubrio’s harvesting tool and one of his boots. The group decided to cut the snake open, revealing the young man’s body. He was laying on his side, arms clenched to his chest. Sadly, he’d been squeezed to death and swallowed whole. Go to the next page for the nightmare-filled footage. 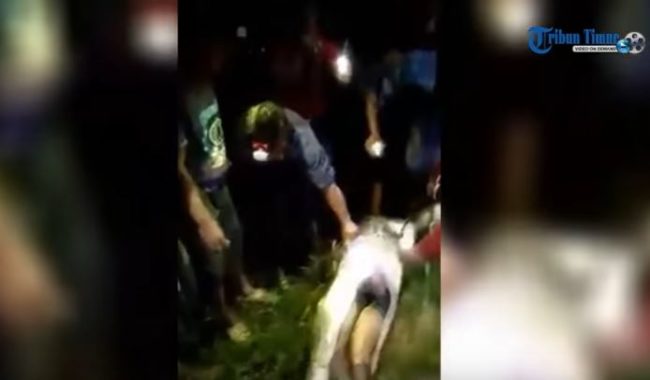 Below is footage of the dramatic discovery. The quality is quite poor, but it’s not exactly the kind of thing a person would want to view in HD, is it?

I think I speak for everyone when I say to hell with pythons. Don’t keep this horror to yourself, though! Share away, because what are friends for if not partaking in each other’s pain?