If The World Had More Officers Like These, Everyone Would Want To Get Arrested

The New Taipei City Police Department in Taiwan just added six absolutely precious members to their ranks, and when you see them, you’ll wish you could steal them for yourself.

Leader and Yellow, the two-year-old sniffer dogs of the department’s K-9 Unit, just welcomed six Labrador pups into the world on May 9. Now Schuman, Federica, Eagle, AJ, Sunny, and Fushin will be trained to become detection dogs there as well, and there’s no doubt that they’ll be among the cutest police puppies ever.

Five of the pups, whose coats are all black, will be trained to detect drugs. 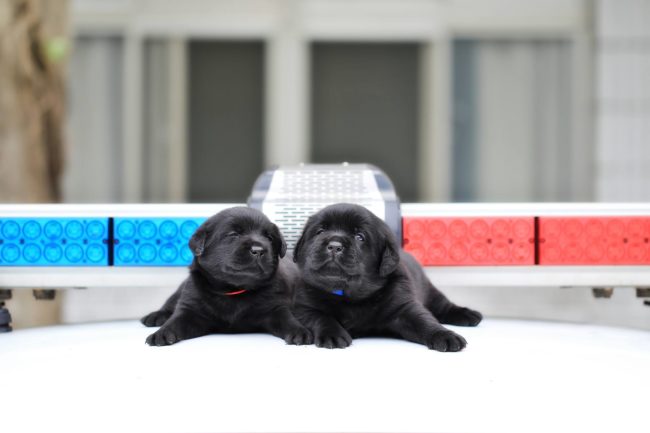 But Pan Tian-long, captain of the K-9 Unit, says he has special plans for Fushin, the only yellow Lab. 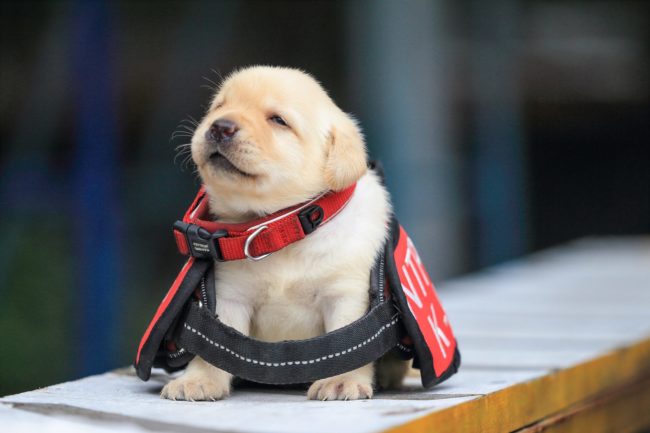 “We plan to train him to become a blood detection dog. After the training, he would assist the police officers to discover, hunt and pursue traces at crime scenes as well as catch suspected criminals,” Tian-long said. 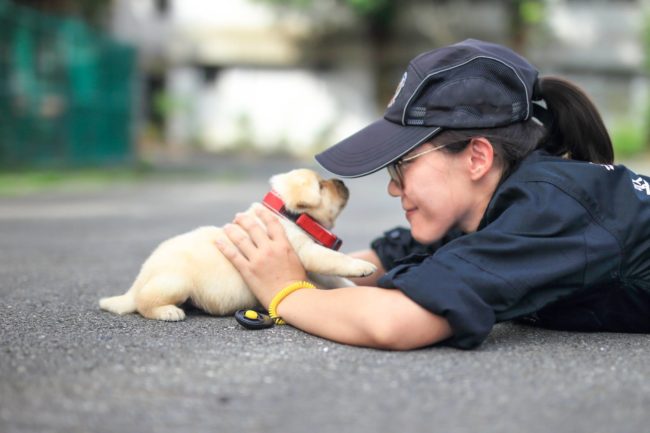 Labradors like these little guys are used by the department to detect explosives, drugs, and blood indoors as well as crowded areas. 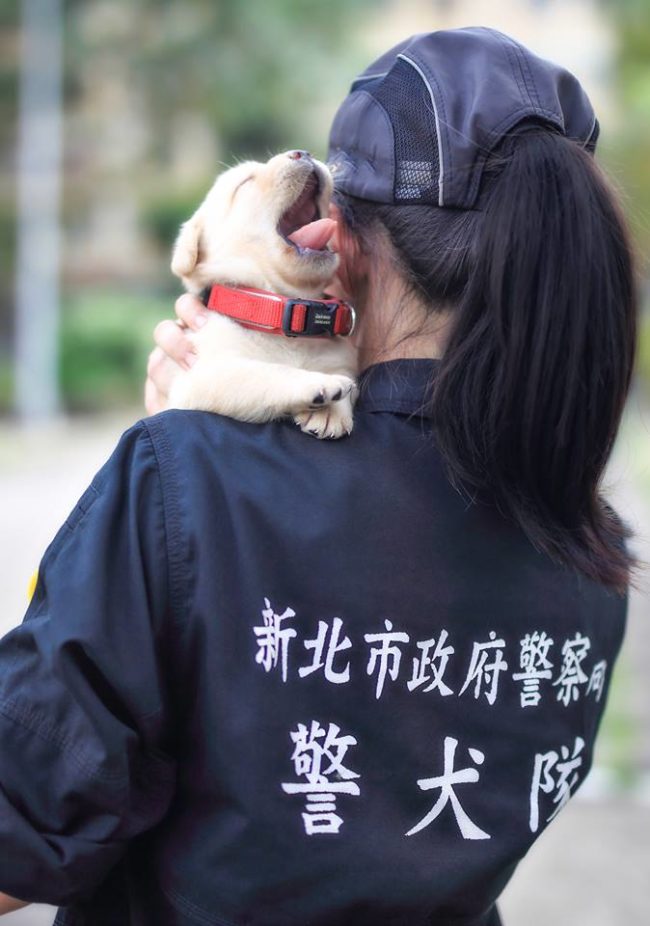 The puppies were the first first litter of dogs bred by the unit, and members have been absolutely delighted to provide around-the-clock care for them. 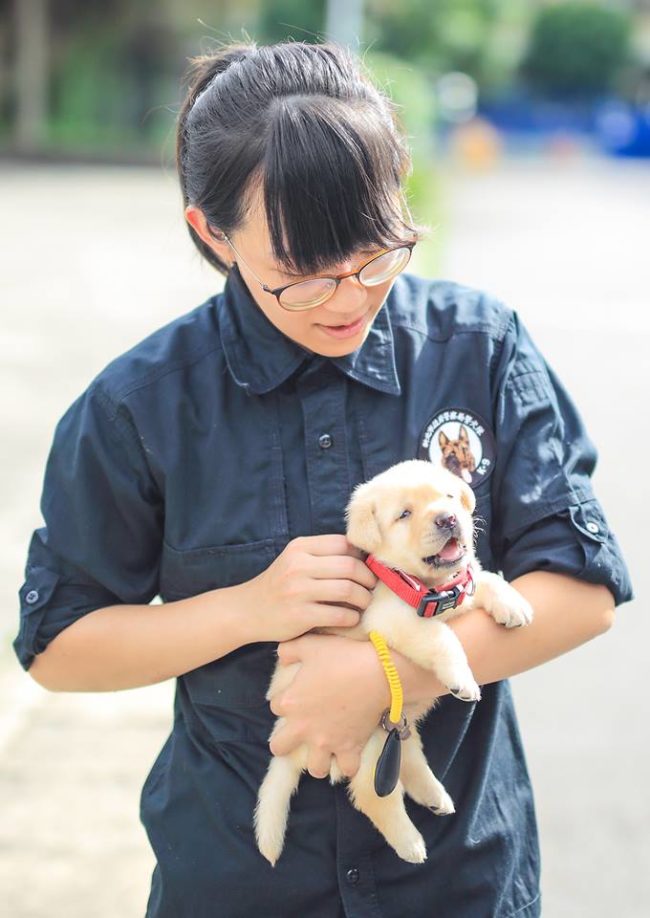 Really, though, who wouldn’t be? 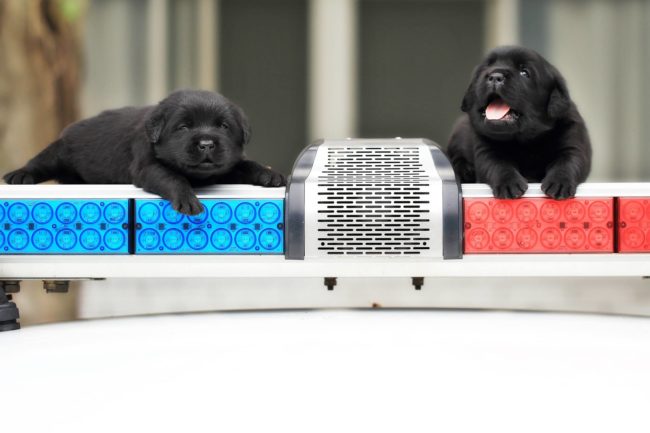 It’s pretty obvious that Tian-long especially adores Fushin whenever he speaks about the little nugget. 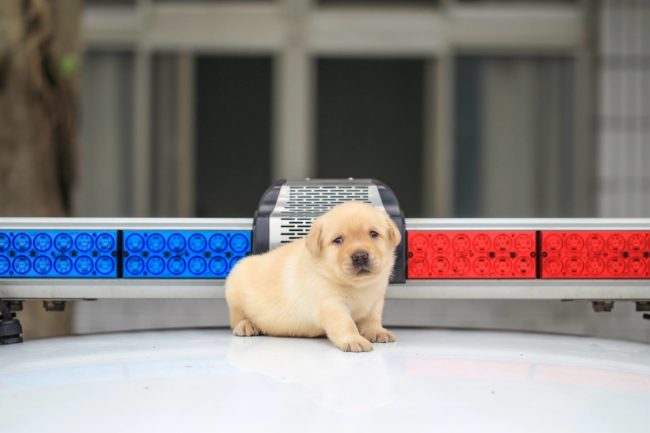 “Sometimes, he would fall asleep while eating, and then he would wake up suddenly and carry on eating like nothing happened,” he said. “How could people not love something as cute as that?” 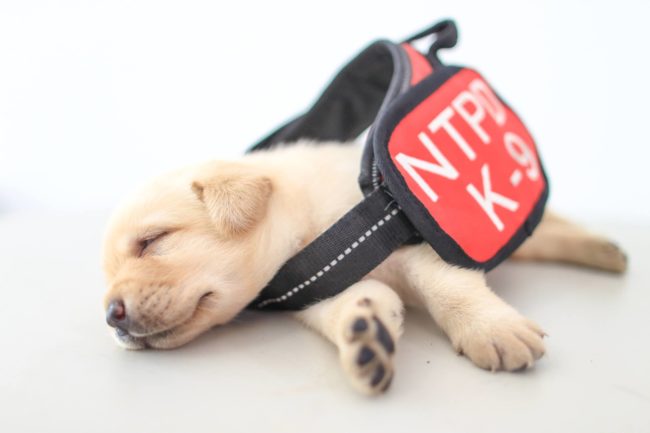 Something tells me he’ll grow up to be a great police dog. 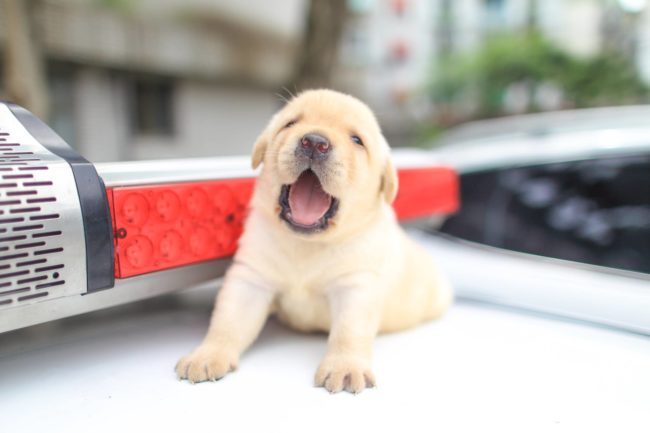 Watch these little sweethearts playing while off duty below.

They’re so adorable that my heart just can’t take it! Share with all the dog lovers in your life if you wish you could take these cuties home with you!