Police Watched A Man Jump Into A Stranger’s Car. The Reason Why Is Incredible.

Seeing someone driving on the wrong side of the road is a scary thing to witness.

Most would be inclined to stay out of the vehicle’s way or call police, afraid that the person is under the influence and they’ll be hurt if they try to intervene. But fortunately for one man who needed medical attention on the road, a nearby driver didn’t hesitate to leave his truck and run to help.

Police in Dixon, Illinois, were recently driving around the city when they spotted a car slowly rolling through a red light. They followed the vehicle, which had drifted into the opposite lane.

That’s when the patrol car’s dash cam recorded Randy Tompkins stopping his truck in the middle of the road and running toward the slowly-moving car. 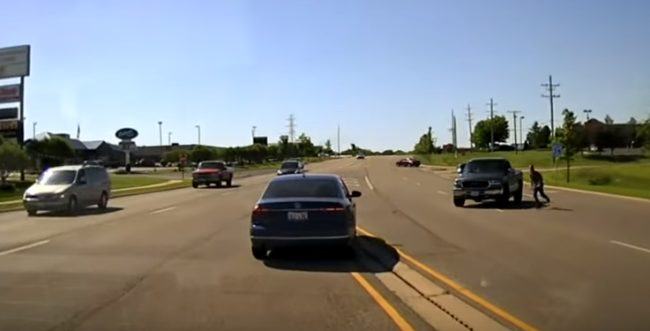 Tompkins realized that the driver of the vehicle was having a seizure, so he jumped through an open window into the car. 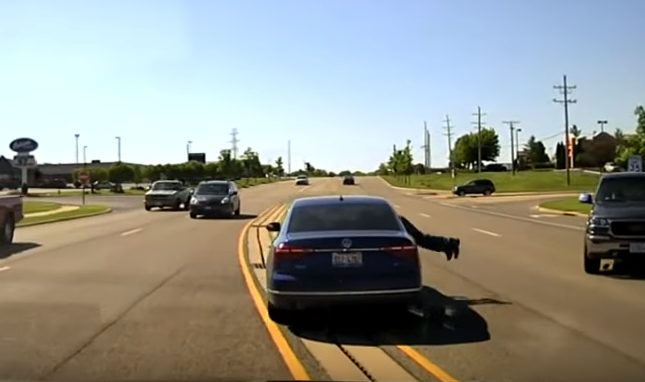 It only took seconds for him to take control and stop the car so police could help the man inside. Check out his heroic actions below.

Thanks to this hero’s willingness to risk his safety for a stranger, nobody was hurt. It’s very fortunate he was in the right place at the right time!