They say that if you want to overcome your fears, you have to face them head on — but this guy took his to a whole other (and slightly terrifying) level.

John Farnworth can pull off some pretty cool tricks with a soccer ball. Okay, that’s a bit of an understatement. In fact, the 31-year-old holds multiple Guinness World Records for his amazing moves as a soccer freestyler. But as a person who’s always striving to push his limits and abilities to greater heights, he recently decided to perform tricks atop a 600-foot radio mast in Lancashire, England.

It took Farnworth nearly an hour to climb to the top of the structure. “It might surprise some people but I am actually quite scared of heights,” he said. 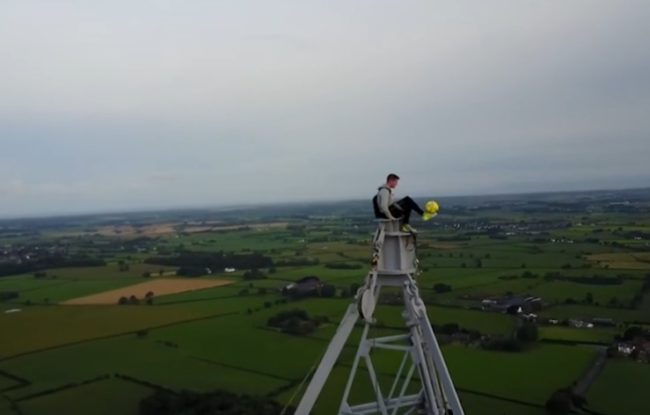 “I always like to push myself, especially something I have a fear of. It was quite windy up there but it was not quite as bad as I had expected.” 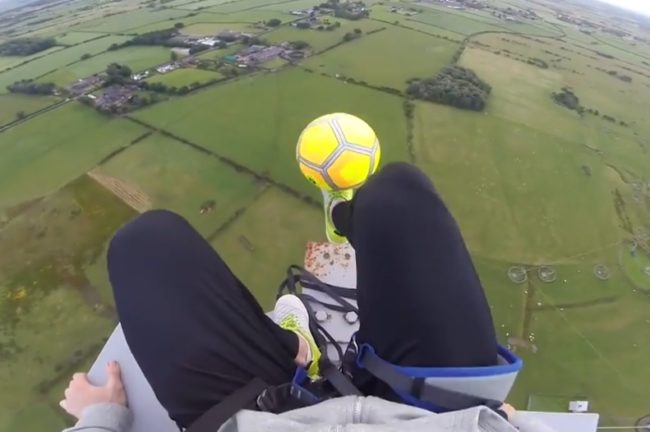 Watch below as Farnworth shows what he can do without dropping his ball, and don’t be surprised if it leaves your palms a little sweaty.

Though he was safe and strapped in at all times, I’m betting it didn’t make him any less afraid. That’s why he deserves a lot of props for doing it anyway and pulling off some seriously impressive stunts.