They Thought She Couldn’t Talk. Then She Met A Four-Legged Friend And Said This.

I don’t know about you, but I’ve heard hundreds of stories about how therapy animals have made people’s lives better.

They warm my heart every single time without fail. Sometimes it feels like animals are true gifts that we don’t even deserve. When we think about therapy animals, though, the first thing that usually comes to mind is a dog. Dogs love and care for us, and they’re especially suited to be top-notch companions.

There are other species of therapy animals out there, but even I was shocked to hear about Shocks, who is a therapy donkey. The way he’s helped his favorite person, Amber, is so incredibly special.

Shocks was abused at the beginning of his life and he was found with rope burns and lesions on his body. He was rescued and taken to the Donkey Sanctuary in Birmingham, England. That’s where he met Amber. 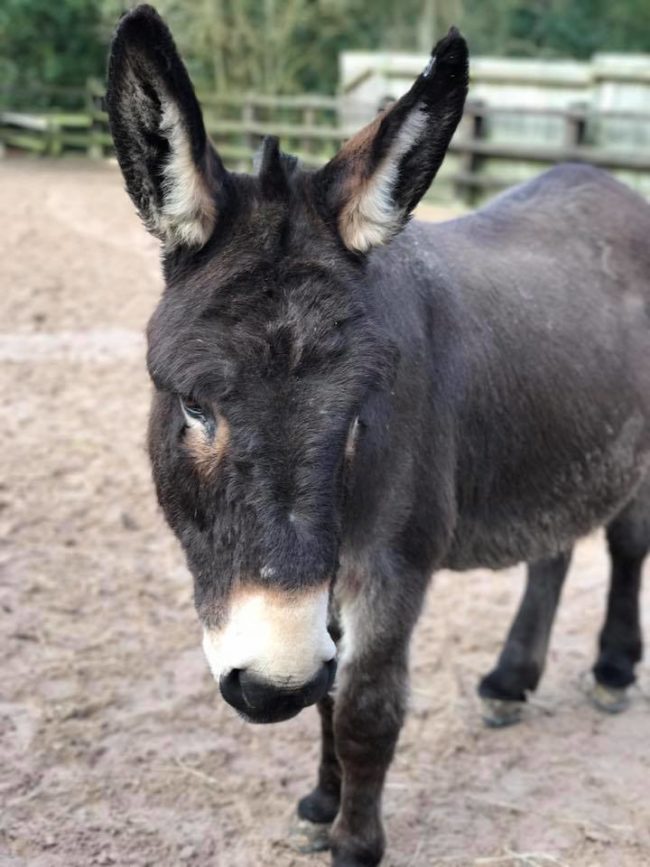 Amber has cerebral palsy and also had to have a life-saving surgery that cut off airflow to her vocal cords. That left her unable to speak, but Shocks was there to help her gain confidence. 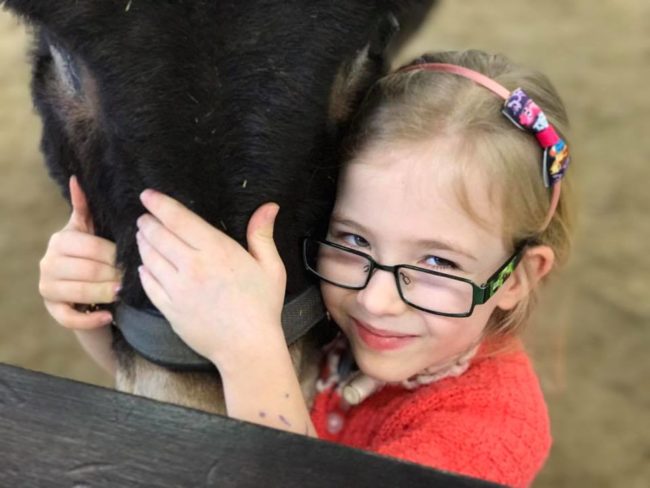 Eventually, Amber was able to have another surgery that would help bring back her voice. Her family was hopeful, but they didn’t know what to expect. 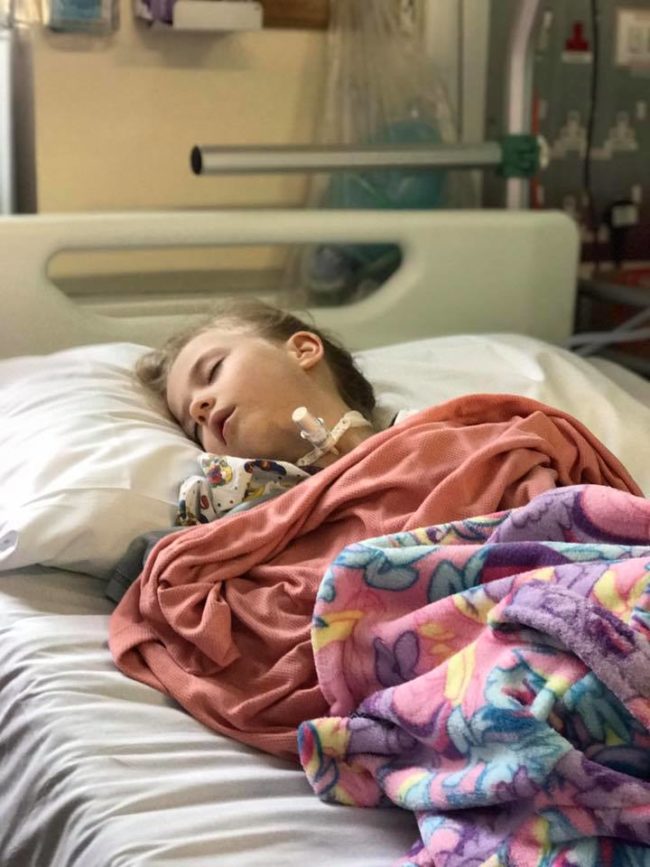 Her first words were said on a visit to the donkey. She told her fuzzy best friend, “I love you, Shocky.” 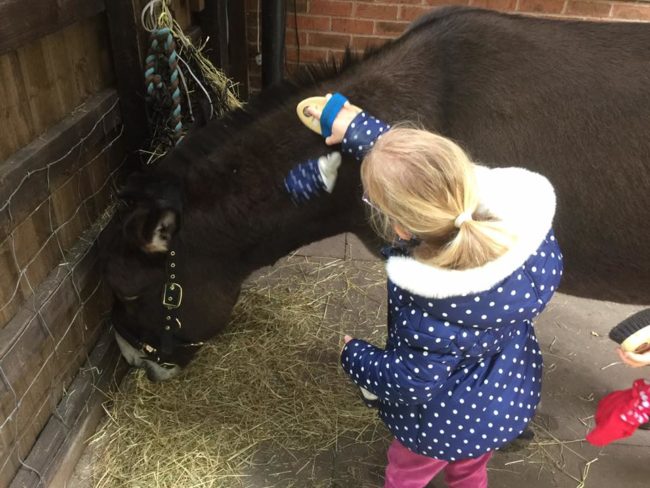 Now there’s even a book about Amber and Shocks and the special bond that they share. The Amber’s Donkey Facebook page has updates on the book and what these adorable friends are up to.

When Amber’s mom thought back to the moment her daughter first spoke, she said, “It was such a proud moment and of course a massive relief to know that she could speak. I’d say they healed each other.” 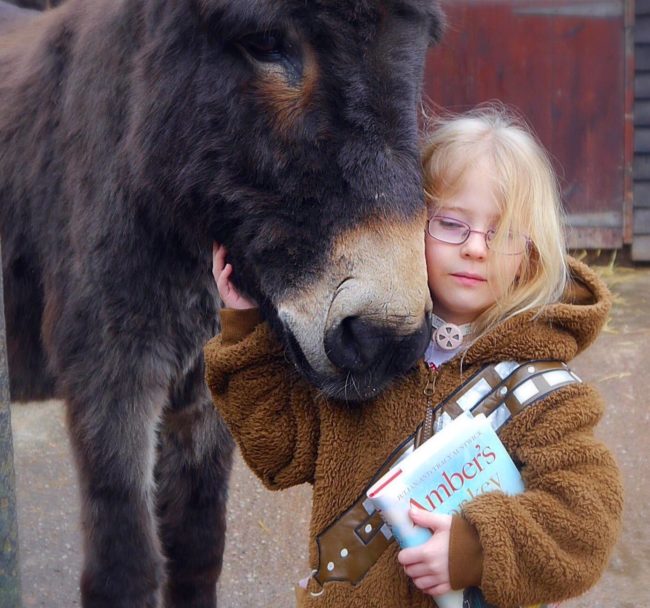 I don’t know about you, but I think I’ve got some dust in my eye. I’m so glad they found each other. Share this heartwarming story with your loved ones!