I’ve seen one too many shark movies to ever try scuba diving, especially in the open ocean.

But for those crazy enough to swim with the fishes, it’s reassuring to know that there are some friendly creatures around you that are looking out for your best interests. Marine Biologist Nan Hauser has explored the depths of the oceans for decades, but during a recent snorkeling excursion, she experienced something new and incredibly exciting.

While exploring the seas off the Cook Islands, video footage shows a large humpback whale trying to shield Hauser from an oncoming tiger shark. 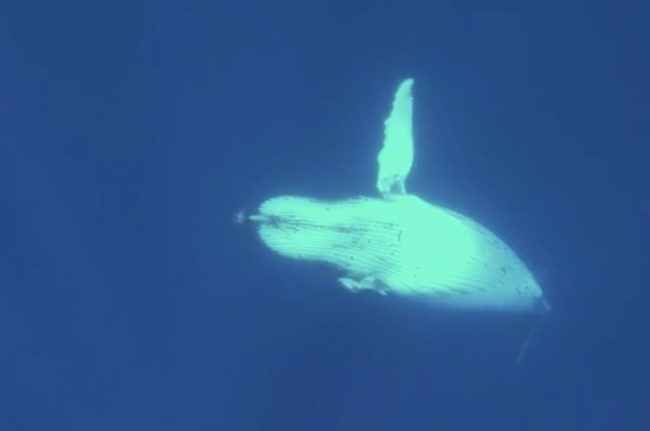 The whale can be seen using its head and mouth to try and push Hauser to the surface, while another nearby whale uses its tail to fend off the shark.

According to Hauser, this is the first documented case where a humpback whale has protected a human against predators.

Hauser suspects this is proof that whales have an instinct to protect other species. I guess if lifeguards aren’t nearby, a humpback whale is the next best thing.