She Looked Out Onto This Front Lawn. What She Saw Lying There Left Her Stunned.

At around 1:30 a.m. on April 3, a woman was walking home in Lakewood, Washington, when she thought she heard an animal crying out.

But when she got closer, she realized she had been hearing the cries of a baby.The three-month-old infant was lying in the cold grass in the front yard of someone’s home with no parent or guardian in sight.That’s when she called 9-1-1.

The little boy could have easily gotten hypothermia, but police say that besides being cold and distressed, he’s fine.He was taken to a hospital shortly after and placed with Child Protective Services. 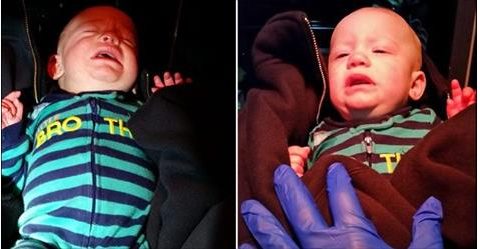 Finding his parents proved to be a challenge until a patient at the St. Clare Hospital called and identified herself as his mother after seeing his picture on the news.She admitted that she took drugs that Sunday night, got paranoid, and then left him in the yard. 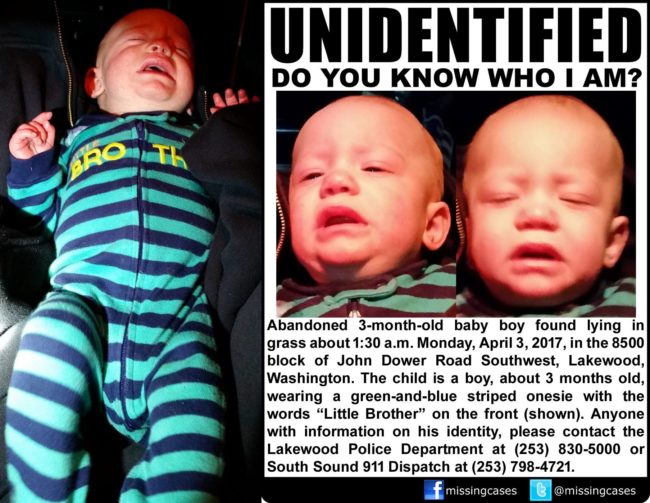 “In my 26 years of law enforcement I don’t think I’ve seen a child abandoned in a yard like this,” said Lt. Chris Lawler. “It’s extremely fortunate that somebody was going by and got to the child before his core temperature dropped or something else happened.”

The woman’s husband was detained for an outstanding misdemeanor warrant when he showed up at the hospital, but claims he didn’t know the baby had been abandoned. The mother will be charged with abandonment in the second degree when she is released from the hospital.

To learn more about this story, check out the video below.

Read More: The Baby Wouldn’t Stop Crying. That’s When She Did Something That Made Mom Call 911.

It’s disturbing to think about what might’ve happened to that poor little boy if the woman hadn’t found him.Be sure to share this story if you’re glad he’s okay!