This Strong, Independent Dog Woman Doesn’t Need Any Man To Take Her To The Park

If you ever happen to visit Seattle and decide to use the city’s public transportation, chances are that you’ll run into this adorable furry passenger.

Eclipse is a black Labrador and Mastiff mix who’s famous for her regular excursions to the dog park, but she doesn’t exactly get there by foot. Though she has an owner who takes great care of her, this independent pooch sometimes prefers doing things by herself…like riding on the bus.

On most days, Eclipse gets on the bus downtown and gets off on her stop all on her own. She even has her own bus pass attached to her harness! 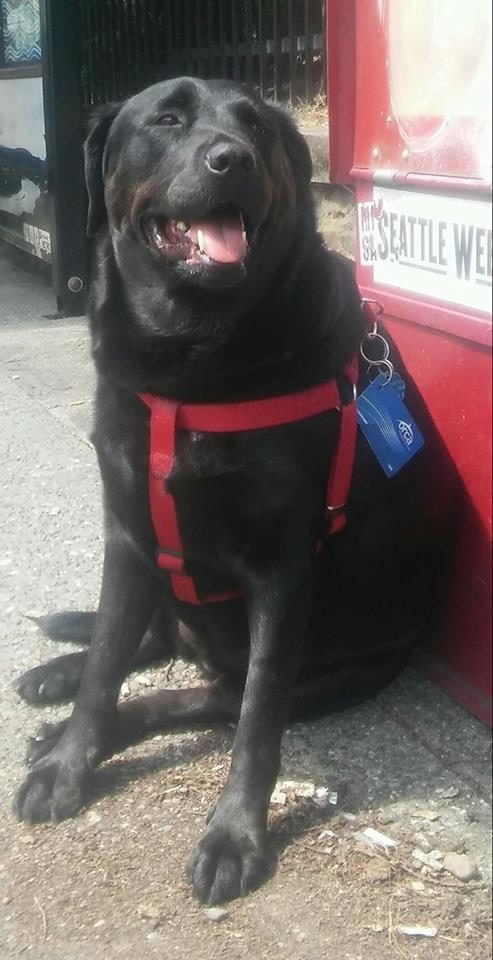 Her solo rides began when one day, her owner, Jeff Young, wasn’t done with his cigarette by the time their bus arrived to pick them up. The impatient pup decided to get on without him and somehow knew where to get off. 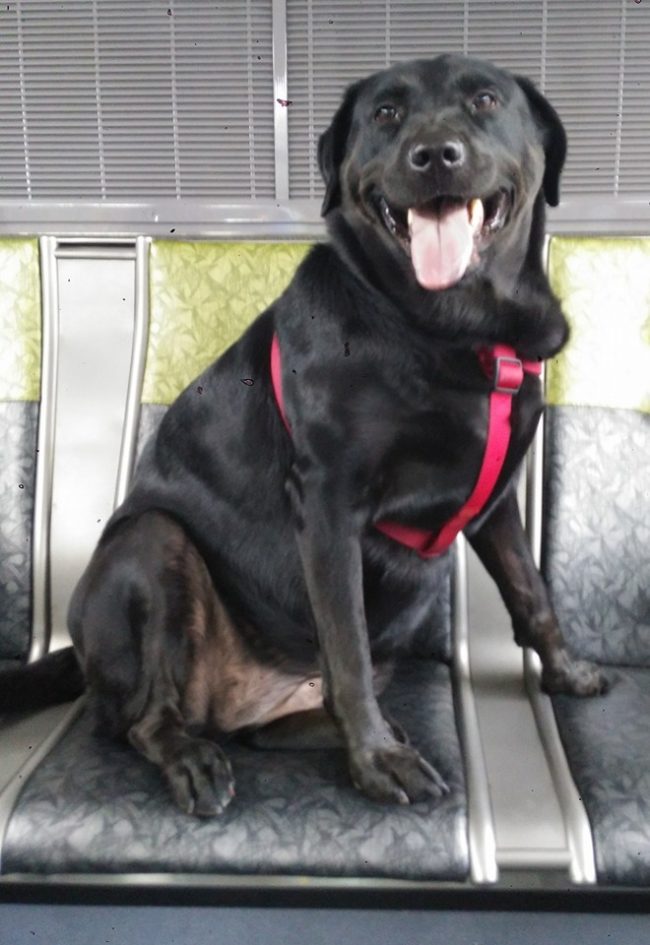 This cutie has been doing it on the D-line ever since, and the other passengers don’t mind one bit. 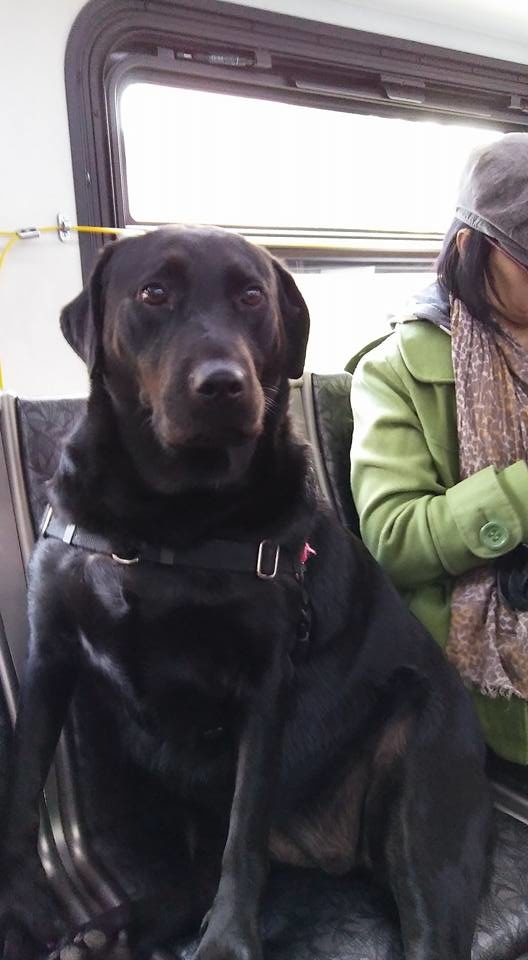 In fact, they love seeing her. 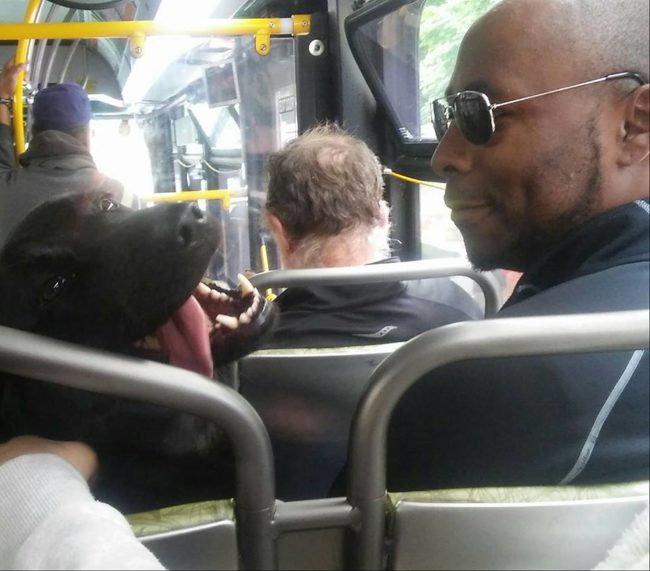 “She makes everybody happy,” fellow rider Tiona Rainwater said. “How could you not love this face?” 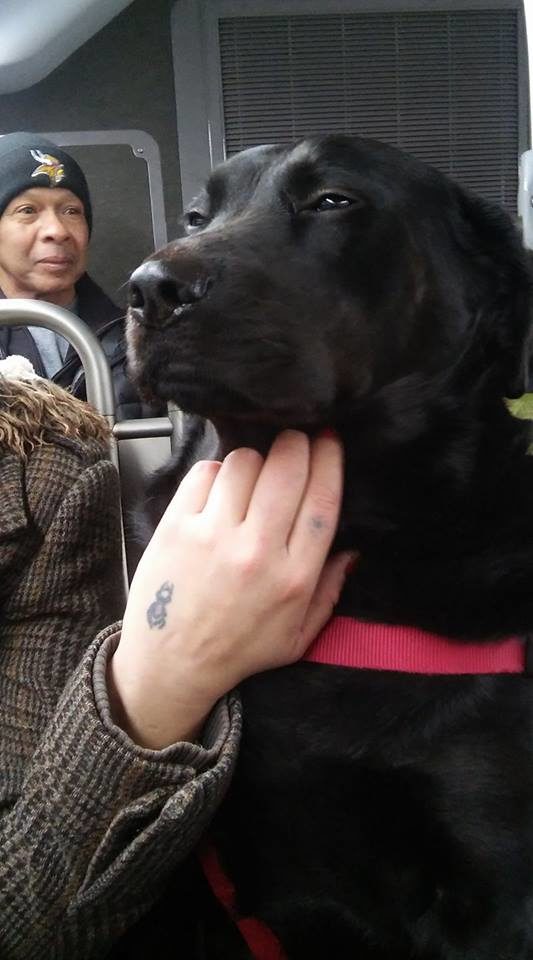 Watch Eclipse as she takes the bus amid all her fans and learn more about her story in the video below.

I’d be hesitant to ever let my own dogs do this, but Eclipse seems to be very capable and aware of her surroundings. Be sure to share this special bus-riding pup with all the dog lovers in your life!