Whether or not that’s an exaggeration, it is true that elephants are highly intelligent and social animals. They’ve been known to protect the injured in their herds and mourn the loss of family members. Every so often, we see evidence of this kind of empathy in elephants, and it can be heartbreaking to watch. Heidi Haas was out scouting a location for a safari when she came across a tragedy she’ll never forget.

Haas began filming a herd of elephants who were surrounding a baby that had been hit by a speeding car. They tried to help it get up and to the side of the road. The baby’s back and leg were broken. 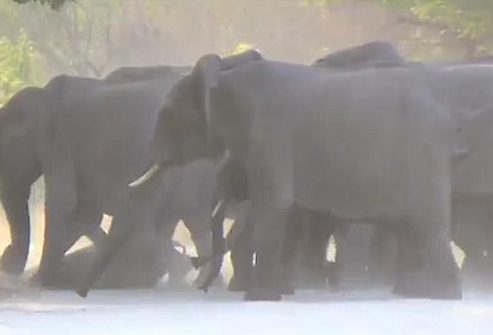 Rangers were called to help, but Haas said that there was nothing they could do. “The elephant family didn’t want them being anywhere near the herd,” Ms. Haas said. “There was little other they could do than put this young elephant out of its misery.” 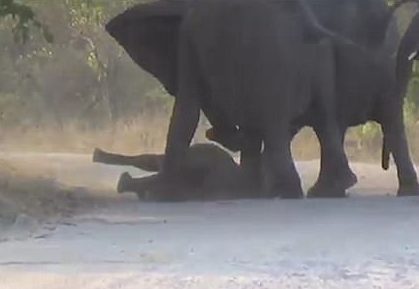 “It was emotionally draining to watch and I never want to have to experience such a moment again,” she continued. 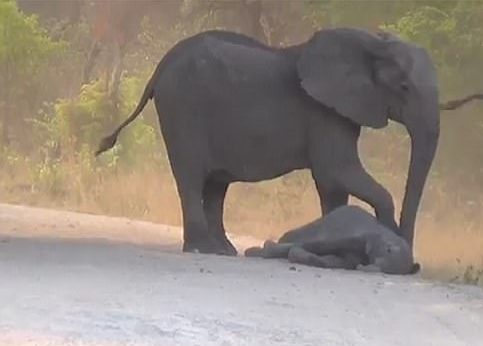 Haas shared the video in hopes to prevent similar incidents in the future, saying, “My last words to everyone who visits these magnificent parks all over the world, please take care and don’t over speed as the loss of such a beautiful life as in this case is absolutely unnecessary.” You can watch the video below, but be warned. The footage is gut-wrenching.

This is too awful for words. We should all take great care to protect animals when we’re driving.