Nailing the perfect proposal takes a lot of careful thought and planning to make sure everything plays out just right.

But sometimes, the unexpected happens and things don’t exactly go according to plan. At least in this man’s case, he got a hilarious photo out of it! Nick Kelble and his girlfriend, Hayley Roll, love visiting everyone’s favorite baby hippo at the Cincinnati Zoo in Ohio, so Kelble figured it would be a great place to ask Roll to marry him. But when he got on one knee in front of the little cutie’s enclosure, she decided that she was better suited for the spotlight than him.

Fiona the hippo started making headlines in March when she was born six weeks early and weighed just 29 pounds. 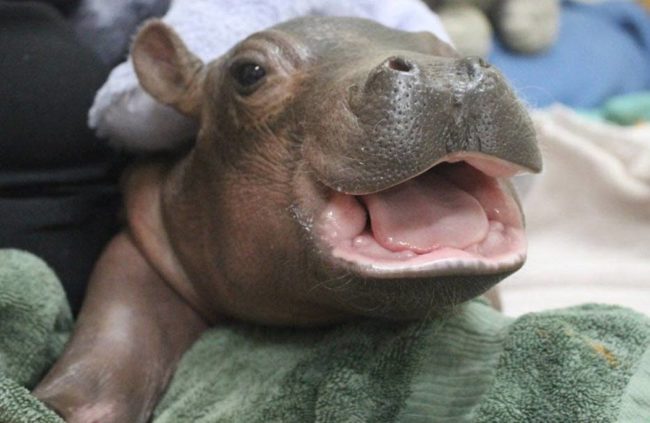 But thanks to the excellent care she received at the zoo, her health improved and she steadily grew bigger and stronger — as did her fan base! Zoo goers and people on social media alike quickly fell in love with the sassy underdog. 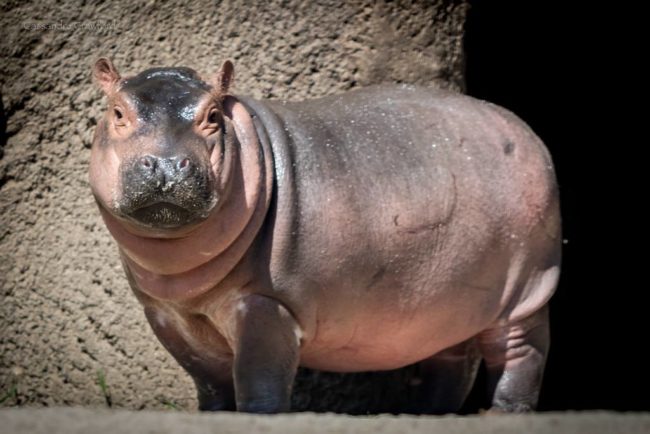 It comes as no surprise, then, that the silly baby photobombed the special moment Kelble and Roll got engaged — but something tells me they don’t mind a bit! 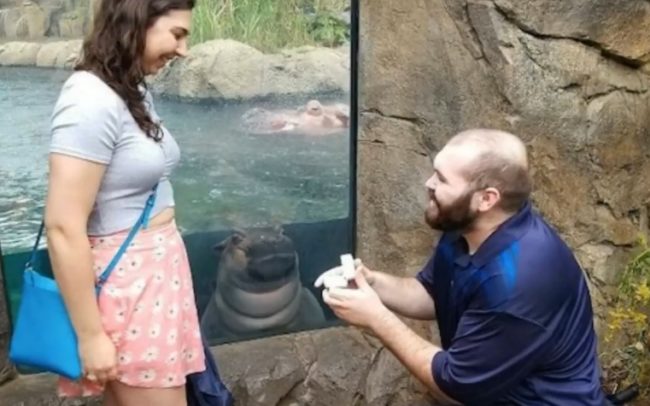 Congratulations to the happy couple, who I’m sure will cherish this photo forever. It’s really no wonder why this adorable hippo is so damn lovable.