Most Dogs Look Guilty When They Ruin Their Human’s Stuff. This Pup? Not So Much.

As much as we dog parents love our pups, we can’t deny that they sometimes turn into huge tornadoes of destruction.

For some, coming home after being out for a while is always a mystery. Did the dog behave, or did he use that brand new pillow as his personal chew toy? One woman recently learned the latter when she walked into her living room and saw her dog, Pablo, lying on the couch among the ruins of a feather-stuffed pillow.

When she confronted the naughty pup, though, his reaction was a bit unexpected. 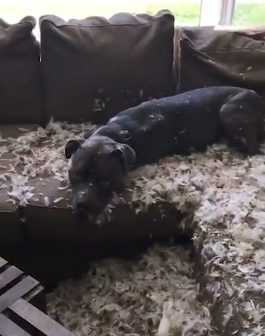 Not only did the little guy look totally comfortable, but he rolled around in the feathers as if he was enjoying himself! 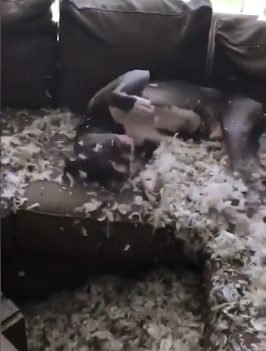 Of course, Mom was mad that she couldn’t inspire an ounce of guilt, but he looked so cute covered in feathers that even she got a chuckle out of it. 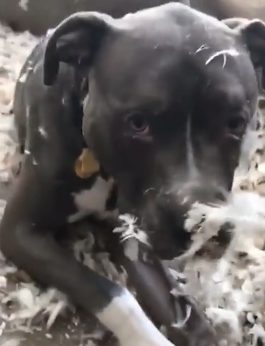 Watch as Pablo’s mom tries (and fails) to shame him for his dirty deed.

If that was my dog, I wouldn’t have been able to keep a straight face either. Something tells me this wasn’t the first time Pablo used his cuteness as a “get out of jail free” card.