He Quickly Opened His Car Door. What Was Inside Sent Him Running.

Having escaped the wrath of Hurricane Irma, Travis Gonzalez and his family thought they were in the clear when it came to life-threatening scenarios.

Unfortunately, there was another hidden danger waiting for them inside their SUV. Waiting out the storm in a cabin in Tennessee, Gonzalez was stressed out when he learned that he had left his car doors unlocked and a duo of sneaky criminals had locked themselves inside.

During their standoff, the unwelcome guests ripped apart portions of the man’s dashboard and destroyed the upholstery of the front seats. 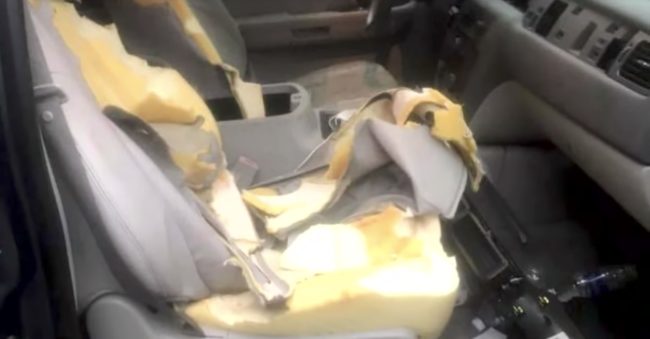 But when Gonzalez went to face the criminals head on, what he saw when he opened the door sent him running in the opposite direction. 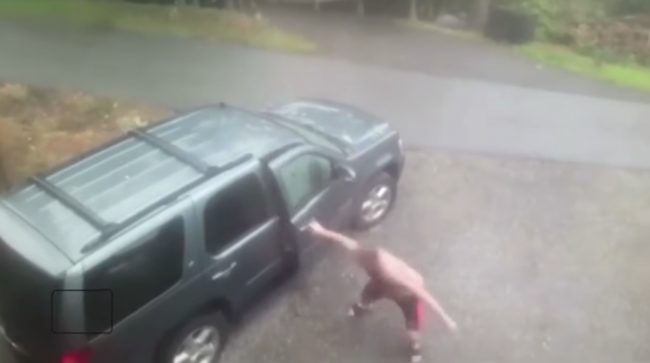 Check out the video below to watch the entire encounter unfold!

Can you imagine dealing with that? Fortunately, no one ended up getting hurt (except for the car, at least).