This Dad Looks Big And Tough, But Watch What Happens When He Tries To Kill A Moth

Dads are seen as the brave, strong protectors of the family, but when faced with a horrifying and dangerous beast, even this dad freaked out.

When the man discovered that the creature had infiltrated his home in Rochester, New York, he knew he had to do something to save his family from certain death. After mustering up all the courage he could, he grabbed a shoe and prepared to fight the big, bad…moth.

First, he aimed for the ceiling, then shrieked when the bug flew away. 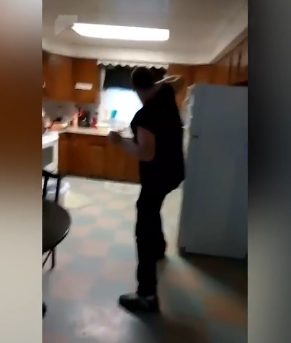 He tried a second time to squash it where it was behind the blinds, but as he puts it, the moth was “still vibrating” under his hand! 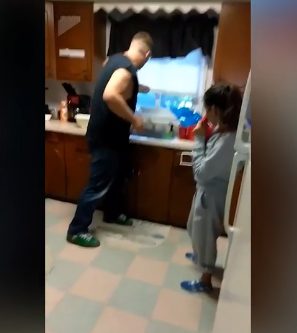 Watch this dad’s hilarious freakout when he comes face to face with a moth.

To be fair, moths can be pretty scary. He definitely isn’t the only one to lose it over one of these creepy crawlies.