Imagine Prepping For A Nice, Hot Shower And Finding These Guys Waiting For You Inside

Living in the heart of Australia, Petrina Murphy always knew she was living among some of nature’s deadliest animals, including a variety of snakes.

But while the mother knew they were living outside, she never expected to find them in her own home, let alone in her bathroom. But while most people would have done everything short of packing up and moving far, far away, Murphy had an unexpectedly hilarious reaction to finding two fighting pythons in her shower. 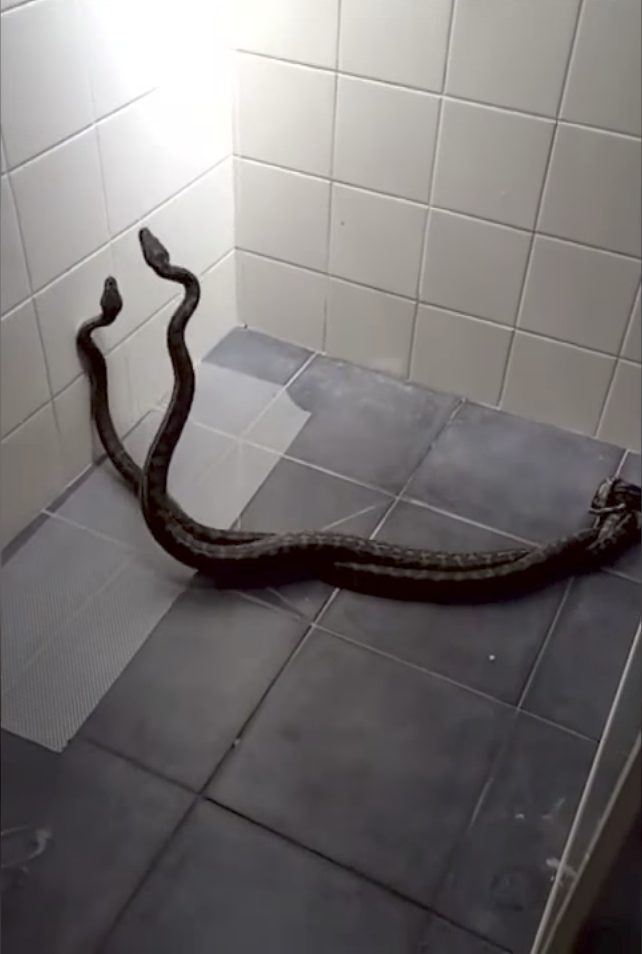 But rather than freaking out, Murphy grabbed a broom and swept out the pythons like it was nothing! 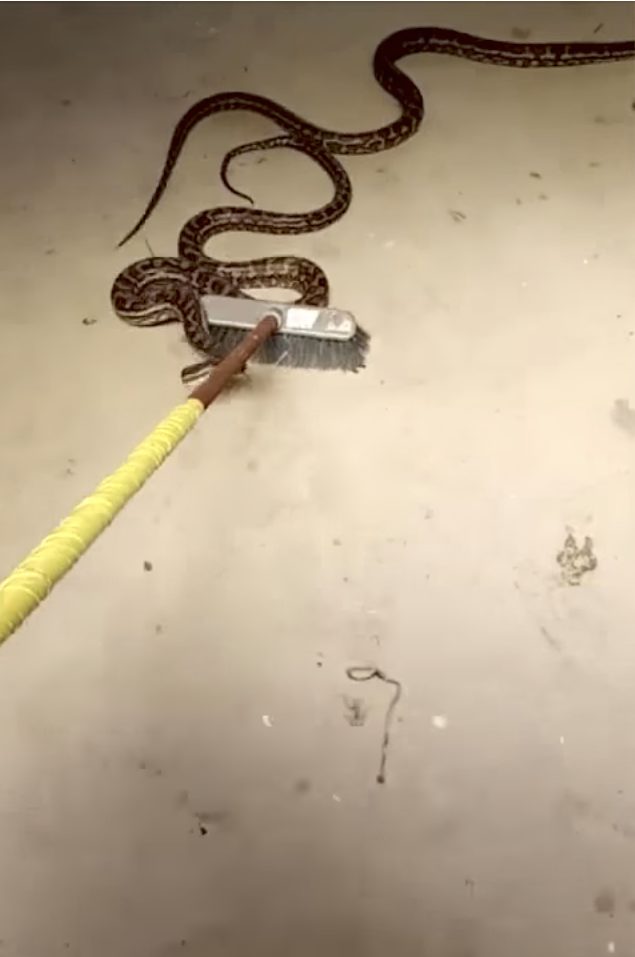 Looking back on the event, Murphy told Caters News, “I’m just glad the shower was clean so I was able to get some photos and video without it being embarrassing.”

I once saw a spider in my shower and nearly had a mental breakdown, so I can only imagine what my reaction would be to finding two pythons. This woman is braver than I’ll ever be.