Danny Rios has never questioned his girlfriend Nicole Carfagna’s willingness to tie the knot with him.

In fact, the 32-year-old from Smithtown, New York, had expressed her desire to throw an engagement party and surprise their guests with a sudden wedding. Still, for Carfagna, there was a lot of stress surrounding the idea of getting married. You see, she suffers with lupus, a chronic autoimmune disease that happens when the immune system attack its own tissues and organs. A flare-up can ruin any plans she has and stop her from doing much of anything. That’s why her incredibly thoughtful boyfriend decided to plan their entire wedding and surprise her with the news.

The couple had just gotten back from a trip to Disney World when they went out to eat and returned home for a quiet night — or so Carfagna thought. When they got there, however, they were greeted with their friends and family in the backyard, where a tent had been set up. 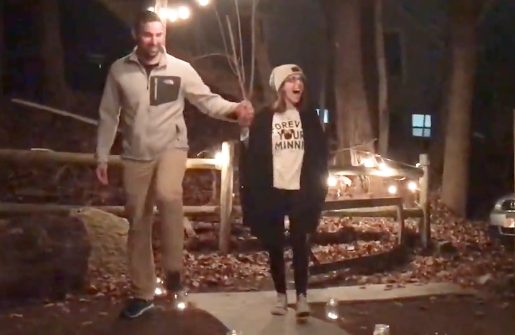 Inside the tent, Rios got down on one knee and proposed in front of their loved ones. 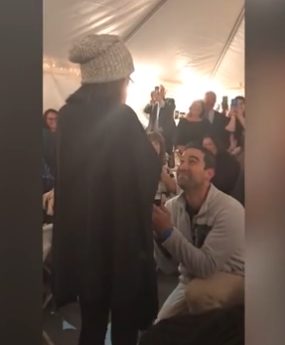 When his bride-to-be said yes, he shocked her further by letting her know he was ready to marry her that same night. Two hours later, they exchanged their vows, stress free!

What a beautiful way to take care of your other half. Congrats to the happy couple!