If I had to pinpoint the reason behind my being a dog person instead of loving up on some fluffy kitties, it would probably be because cats are just too sneaky for their own good.

Have you ever noticed how cats just slink around the house like they’re up to no good? Leave them alone for just a few minutes and chances are they’ll find a way to get into something they have no business being in and tear up the place. Just ask this cat from Norway.

As a family finished up their renovation project of building a staircase for their new home, their beloved cat Sverre had gone missing. The couple and their two children searched high and low for the kitty but sadly turned up empty-handed. Following the move from their old home to their new residence, Sverre no longer enjoyed going outside to play, so the family was almost certain he was somewhere around the house. That’s when they heard a meow for help coming from their completed staircase.

Sverre had somehow managed to find his way inside the stairs before the project had been completed. Luckily the distressed but industrious cat opened a small hole in the wooden stairs to peek out of. 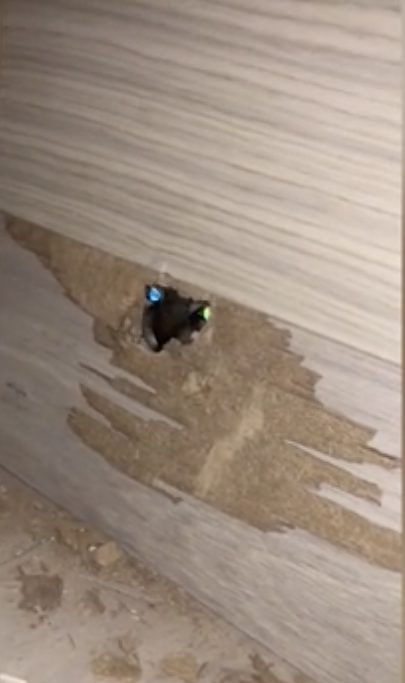 Having found Sverre, the homeowners tried chiseling away at the stairs to free their kitten, but the progress they were making was so slow that they knew they needed a new plan to free their precious pet. 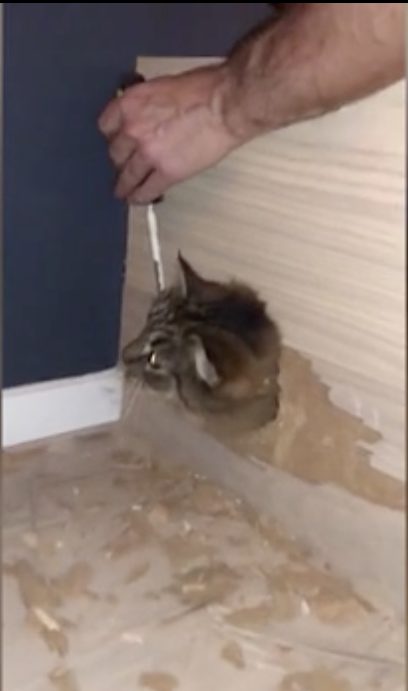 The couple borrowed a drill from their neighbors and eventually drilled out Sverre after more than five hours of being trapped inside.

Sverre and his family are lucky things didn’t play out in a more tragic way. Hopefully this sneaky cat has learned a lesson about sticking its nose where it doesn’t belong.