Imagine being stranded in the ocean, miles away from shore.

For me, the thought alone is terrifying — a feeling this iguana was probably experiencing as it kept on moving its exhausted legs. The animal had somehow ended up four miles from shore in Key West, Florida. There’s no telling how much longer it would have held on before drowning if its rescuer hadn’t shown up.

The iguana was seriously lucky that day. A boater just happened to travel to the exact spot where it was struggling to stay afloat. 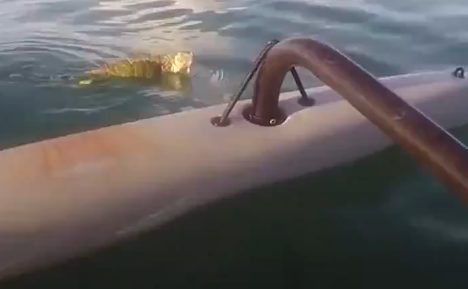 The man adorably offered the creature a ride — a gesture it seemed very grateful for. 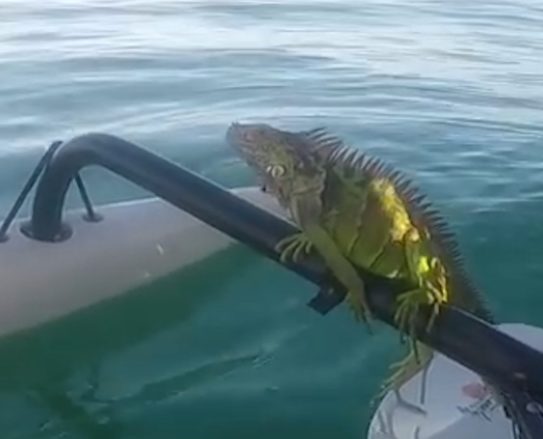 While hilariously conversing with the relieved lizard, the man drove it back to shore as it enjoyed a much-needed rest on his cooler. 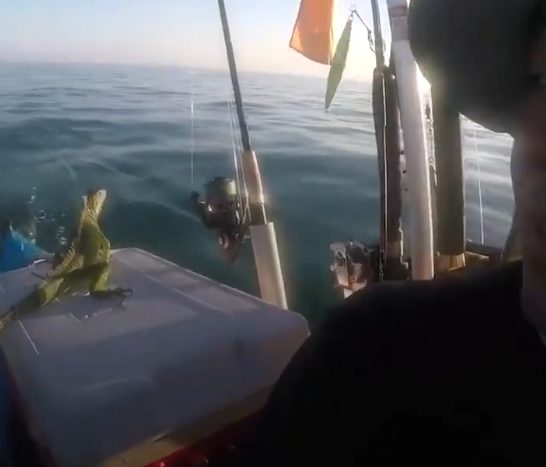 Watch the amazing rescue below. What a caring guy!

This iguana was stranded in the middle of the ocean and was exhausted. Luckily he hitched a ride on a boat and got a lift to shore 💚 pic.twitter.com/CHpo5fwZ7b

Talk about being in the right place at the right time! Hopefully this iguana will stay closer to shore from now on.