In May 2013, eight-year-old Gabriel Fernandez died after suffering through months of torture at the hands of the people who were supposed to care for him.

When Los Angeles County Fire Department paramedic James Cermak responded to a 9-1-1 call placed by the boy’s mother, Pearl Fernandez, and her boyfriend, Isauro Aguirre, he testified in court that he couldn’t believe what he saw. “It was just unbelievable amount of trauma on his body,” Cermak said. Gabriel had gone into cardiac arrest at the couple’s apartment in Palmdale, California, when they called emergency services, but according to prosecutors, they only did so to cover up what they’d done.

Gabriel died two days after being hospitalized. In the eight months preceding his death, he was subjected to unimaginable torture. Warning: the following details are extremely graphic and disturbing. 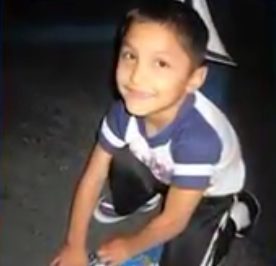 Aguirre, who is charged with murder with a special circumstance of torture, had apparently been under the impression that Gabriel was gay. This was his reason for dowsing the boy in pepper spray, forcing him to eat his own feces and vomit, stubbing cigarettes out on his skin, beating him with a baseball bat, and forcing him to dress up in girls’ clothes before going to school. 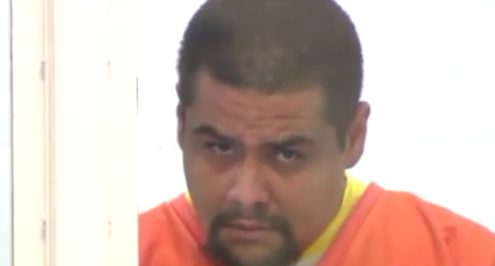 He also shot Gabriel with a BB gun along with Gabriel’s mother, who is also being charged with capital murder. Texts shown to a jury on October 16 were what prosecutors claimed was proof that Aguirre and Fernandez had conspired to torture and murder Gabriel, then cover it up.

Gabriel, who was 59 pounds and 4 feet 1 inch tall, had also been forced to sleep tied up in a small cabinet with a sock in his mouth and a bandana over his face. During his autopsy, cat litter and animal hair were found in his stomach. Histhymus gland had shrunk “from being starved.” 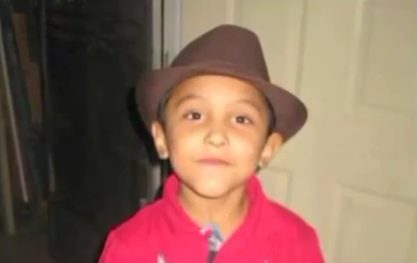 Fernandez will be tried separately from Aguirre, and four social workers are also being prosecuted because of Gabriel’s death. For what Aguirre and Fernandez did to this innocent child, they deserve to rot in prison.