They say superheroes only exist in movies and comic books, but on the streets of Philadelphia, cats have their own pint-sized protector looking out for them.

When five-year-old Shon Griffin visits his aunt, Kris Papierni, and her fiancee, Kia Griffin, he dons superhero outfits and goes by another name — Catman. Papierni and Griffin, who have been involved with cat rescues and fosters for a decade, started noticing the special connection he shared with cats when he was just three years old. As Griffin and told ABC News, “It all started when we spotted two feral kittens we named Lady and Bug behind a row of houses in a driveway.” The two felines would become the first of the Kolony Kats, a colony of stray and feral cats they care for with their nephew’s help.

While they were able to trap, spay and give shots to Lady without trouble, Bug was a different story. “Bug eluded the trap and any close contact with us for two years,” Griffin said. “Other cats showed up and started hanging out with Lady and Bug. We had all of the cats spayed [or] neutered, given shots and ear tipped, except for Bug.” 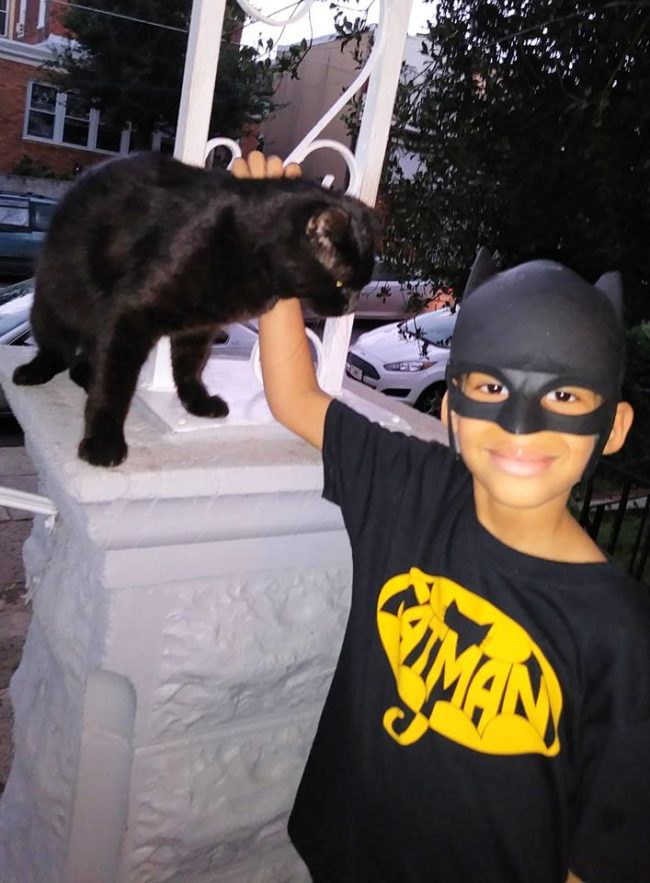 But Griffin says when they let Shon help, “[The cats] took to him right away. Bug came right over to Shon, rubbed against his legs and allowed him to pet him.” Now they say he’s one of the friendliest cats in the colony. 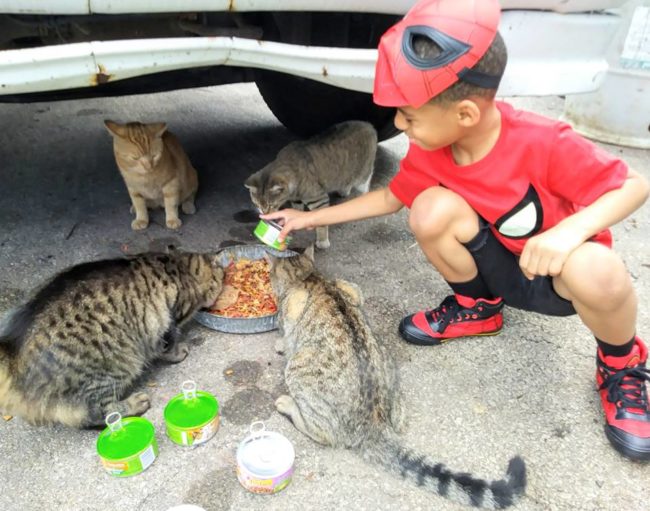 Ever since, Shon has been the Kolony Kats’ official superhero, Catman. 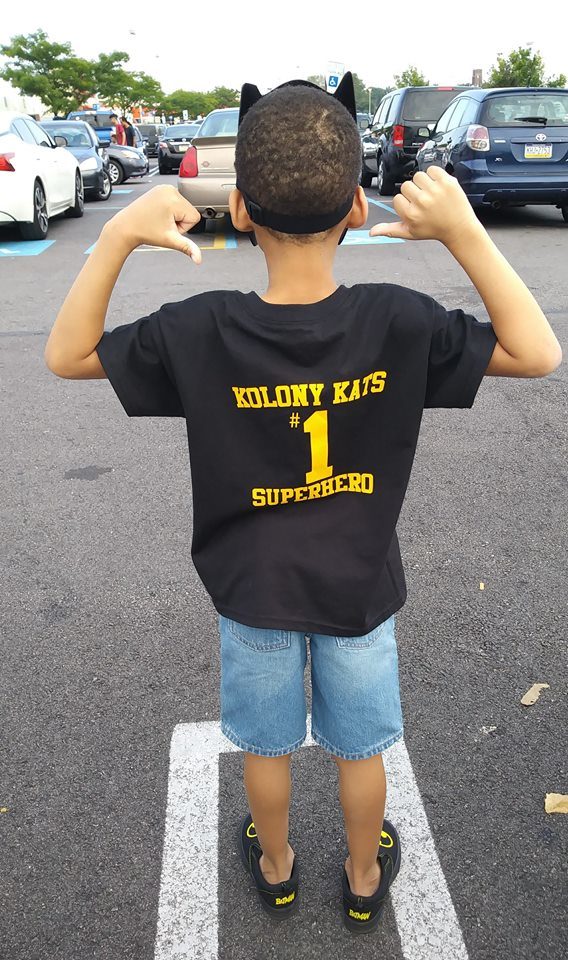 He visits his aunts regularly and helps them with the 45 cats in their care at four different locations around the city, all while wearing his favorite superhero costume of the day. 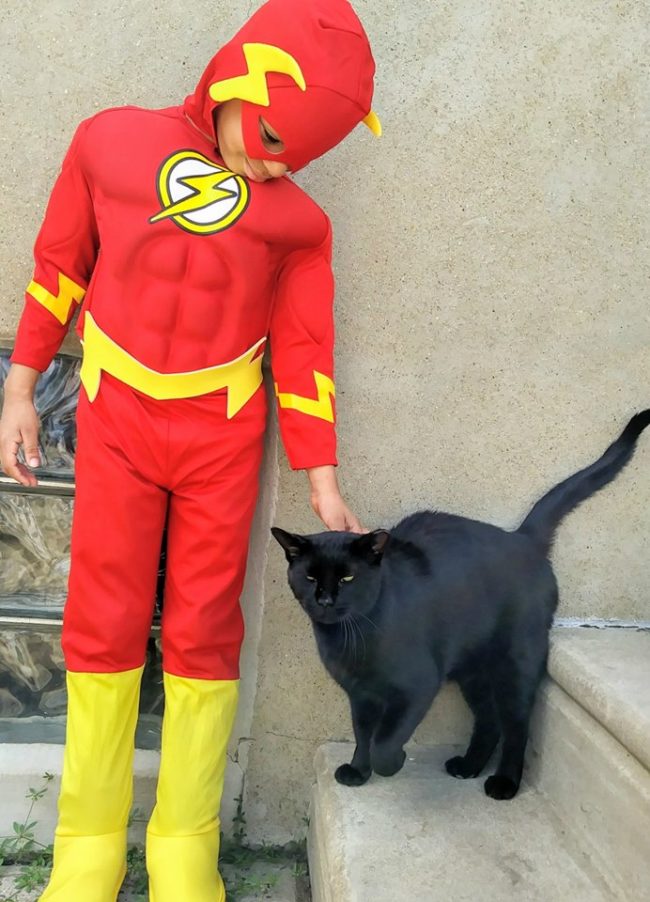 Some are socialized enough to be rehomed, but others are too feral for domestic life and live freely outside. Papiernik and Griffin spay and neuter as many of them as possible and feed them, while Catman pets and plays with the friendly ones. 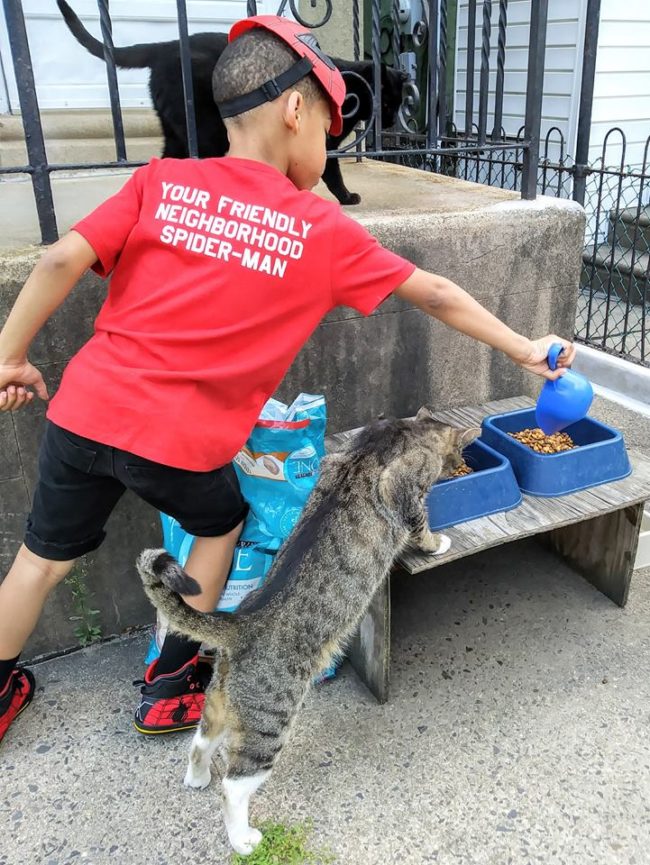 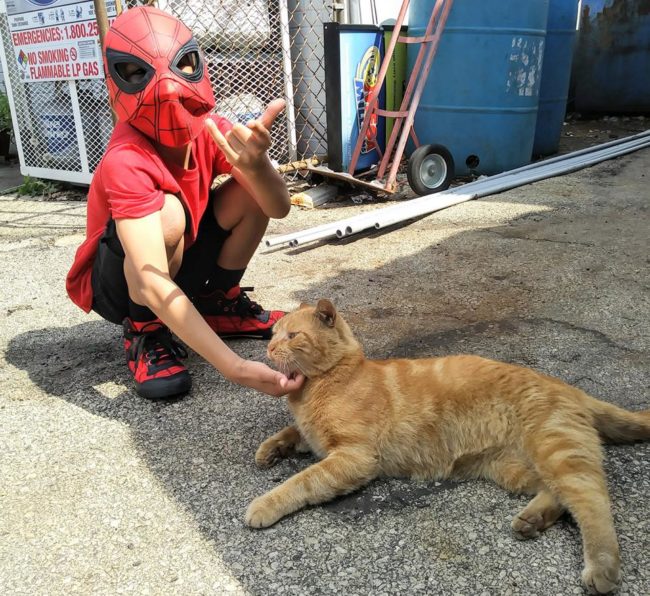 …or handing out treats (his favorite thing to do), he’s doing his part to help stray cats in Philadelphia and loving every second of it — as are his kitty friends! 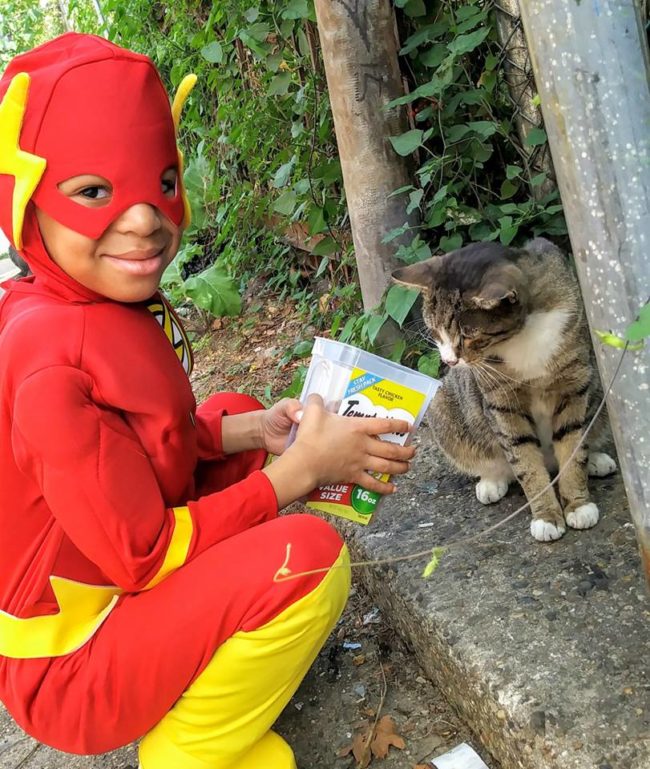 (via ABC News and BoredPanda)

This little guy has the biggest heart! His compassion for cats is truly inspiring. I see him doing even more amazing things to help animals when he grows up. For now, he’ll be Philadelphia’s friendly neighborhood Catman.