This Old Chimp Had Given Up On Life. Then She Heard A Voice That Gave Her Hope.

Serving as the matriarch chimpanzee for the colony of primates at the Royal Burgers’ Zoo in the Netherlands, Mama had seen her fair share of people walk in and out of her life, but she would never forget the one man that treated her with love and respect.

At 59 years old, Mama had seen better days. She was refusing to eat her prepared meals and it appeared that she had given up and was just waiting to die. Hearing that his chimpanzee friend was short on time, Mama’s former caregiver, Jan can Hooff, came to check in with his friend for one last visit.

The pair had known each other since the formation of the colony back in 1972. 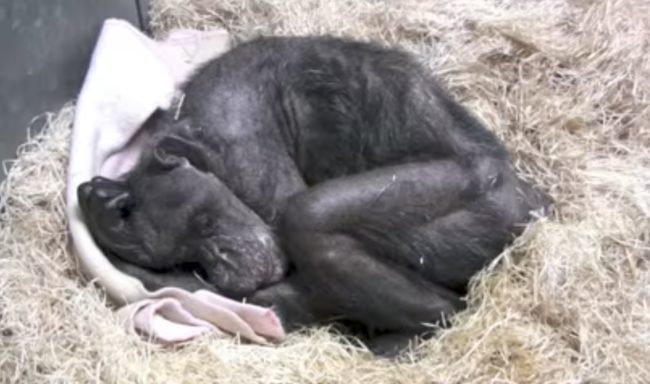 Initially Mama took some time to recognize her old friend, but when she did finally connect the dots, she couldn’t help but put on a huge smile. 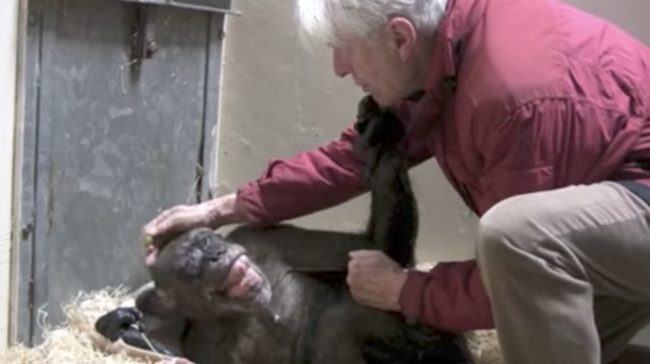 Embracing her friend, Mama held onto him for as long as she could before the two parted ways. 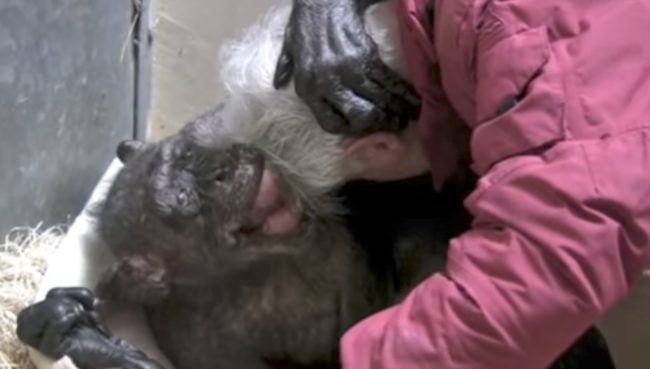 Keep watching to see the emotional reunion in all its glory.

Unfortunately Mama passed away just a week after her visit from van Hooff, but something tells me that this meeting gave her the closure she needed to pass on. Rest easy, Mama! You were so loved!