According to a press release, the mayor “directed staff and the Village attorney to prepare a report concerning the implementation of a ban of assault weapons.”

“I believe the time has now come to revisit a complete ban of assault weapons,” Rosenthal said. And the Village Board of Trustees members in Deerfield, Illinois, agreed. On the night of Monday, April 2, they voted unanimously to ban the possession, sale, and manufacture of assault weapons and high-capacity magazines in their town. The ordinance will go into effect on June 13.

Under the ordinance, weapons including semiautomatic rifles with a fixed magazine and a capacity to fit more than 10 rounds of ammunition as well as shotguns with revolving cylinders will fall under the definition of an assault weapon. The ordinance also lists specific models, including the AR-15 and AK-47, that will be banned.

Any resident who does not give up their assault weapons by June 13 will be fined up to $1,000 a day for each offense.

The ordinance also asserts assault weapons are not covered by the Second Amendment.

“The possession, manufacture, and sale of assault weapons in the Village of Deerfield is not reasonably necessary to protect an individual’s right to self-defense or the preservation or efficiency of a well-regulated militia,” the ordinance reads.

“These ordinances have clearly and correctly been ruled constitutional, and we hope that Highland Park and Deerfield serve as positive examples for other communities moving forward,” said a spokesperson for the Brady Campaign, a nonprofit organization that advocates for gun control. 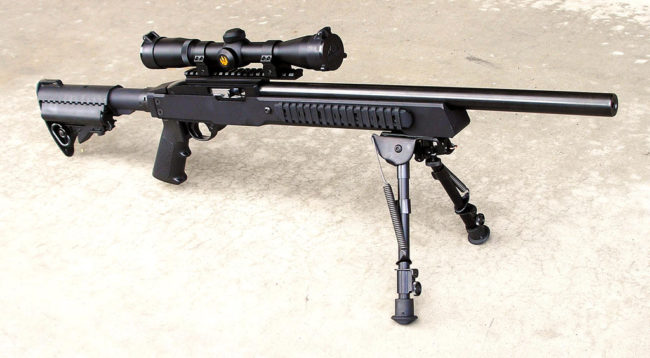 In a press release provided to BuzzFeed News, the NRA said they have “support for a lawsuit brought by Guns Save Life challenging the Village of Deerfield, Illinois’ gun confiscation ordinance.”

“We are going to fight this ordinance, which clearly violates our member’s constitutional rights, and with the help of the NRA I believe we can secure a victory for law-abiding gun owners in and around Deerfield,” John Boch, president of Guns Save Life, said in the press release.

“The National Rifle Association is pleased to assist Guns Save Life in defense of this freedom,” said Chris W. Cox, the executive director of the NRA’s Institute for Legislative Action.