As It Turns Out, You Can’t Take Emotional Support Peacocks On Planes

If you and your emotional support animal were planning on taking a trip on United Airlines anytime soon, you might want to reconsider after what happened to one woman and her peacock companion. (Or not, since your animal probably isn’t a peacock. Anyway…)

While most people’s emotional support animals come in the form of a cat or dog, every once in a while something a bit more out there like a pig or miniature horse can be seen walking around the streets with their human counterpart.

But when it comes time to travel via plane, not all animals are welcomed with open arms. After multiple attempts by customers to scam their way into bringing their pets aboard, most airlines have developed stricter guidelines.

Conceptual artist Ventiko tried to purchase a seat for her pal Dexter the Peacock aboard her United Airlines flight from Newark to L.A., and despite being warned multiple times not to fly with the animal, the woman showed up at check-in with the bird on her arm. 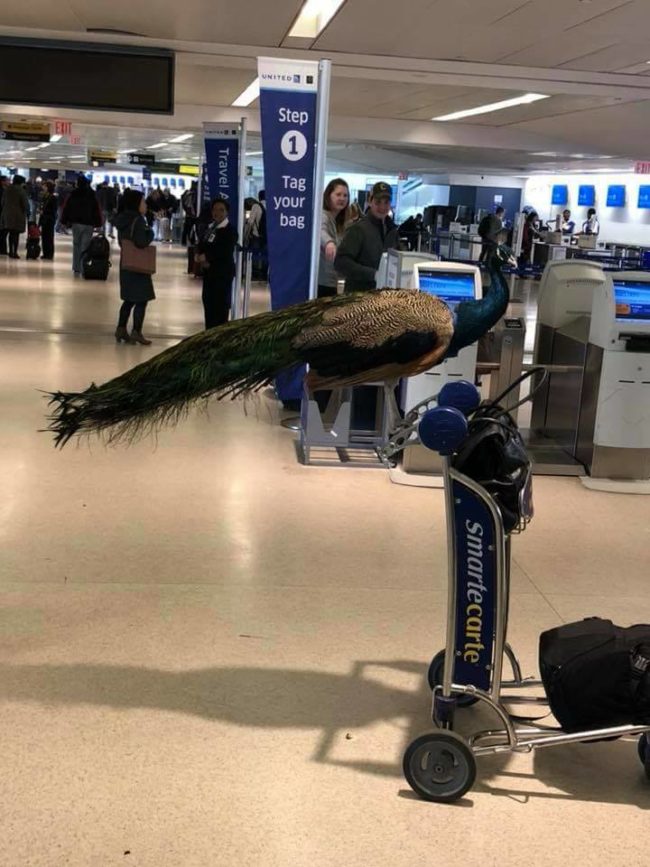 Needless to say, things didn’t work out for Ventiko and Dexter. The peacock was promptly turned away before boarding, causing Ventiko to cause a scene in the middle of the airport, berating the airline’s treatment of emotional support animals. 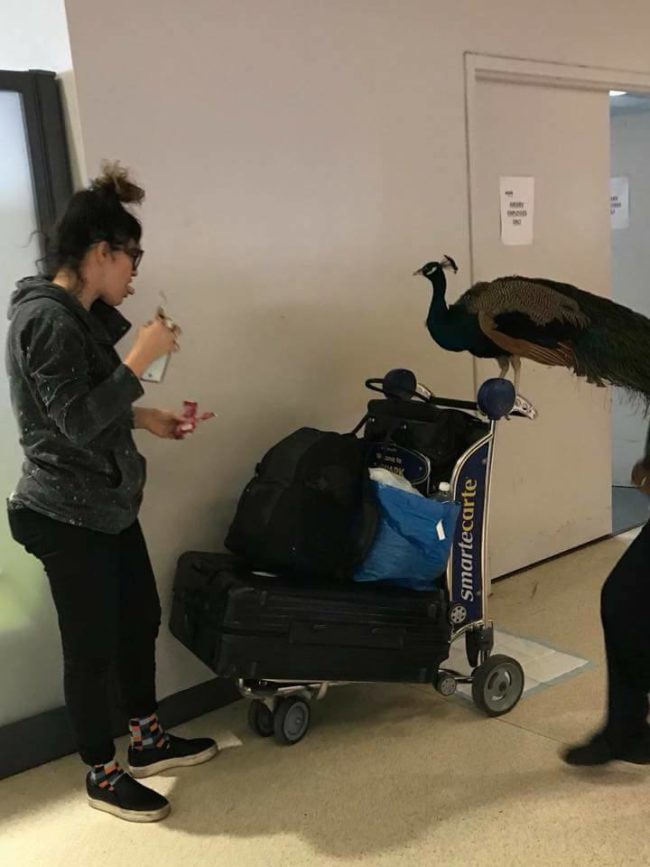 The relationship between Dexter and Ventiko began when the artist purchased the bird for an art exhibition. After finding him a temporary home, the woman simply couldn’t part with her new friend and brought him home to serve as her emotional support animal and artistic partner.

After video of Dexter at the airport went viral, the Internet had some strong opinions about the entire ordeal.

Some questioned the validity of Ventiko’s emotional support claims.

While others were curious as to whether or not the artist drags her peacock everywhere she goes.

Left with no other option, Ventiko set out on a cross-country road trip to L.A. with Dexter. But it wasn’t all for naught. The artist plans to use the journey to her advantage, making art along the way.

Me and this guy are headed out on our first road trip! Will be stoping along the way to make "Art" in surreal America along I-80, to LA. Any suggestions? Want to make art with us in LA? Get in touch, we are down for everything. (Photo from NYT's story on #kingofarmsball2015 by @rashaadnewsome)

While I’m pretty sure that Dexter’s emotional support status is nothing short of fiction, I have to give this woman credit. After going viral, I can’t help but think of the number of fans and followers Ventiko gained.