When parents drop their kids off at school, they expect them to be protected.

Not only should they be cared for when they’re doing well, but also when they’re being punished. Any parent knows that no child is good 100 percent of the time, and sometimes there need to be consequences for negative behavior. At school, those consequences might come in the form of missing recess or getting detention.

Most of the time, detention is held in a classroom with a teacher and students are given extra assignments related to their offense or they complete their regular homework. At one elementary school in Colorado, however, one mom is alleging that things got a lot darker.

When 8-year-old Allegra received detention, it was because she allegedly threatened another student. When her mother Connie Ramstad arrived to pick her up, she was astounded by what she saw. Allegra was put in a tiny, two-by-four-foot room with a cage-like exterior. Ramstad described it as a “jail cell” and said school officials complained that Allegra had been crying for hours. 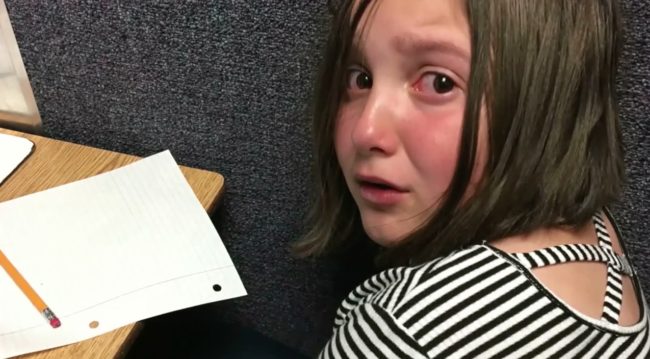 Ramstad took photos documenting the situation her daughter was in. Complicating the matter further, Ramstad alleges that her daughter hadn’t been threatening another student at all. Rather, she was standing up to a bully who had been tormenting her for more than a year. The so-called “threat”? Allegra said she would “tell her mom” on the bully if they didn’t stop bothering her. 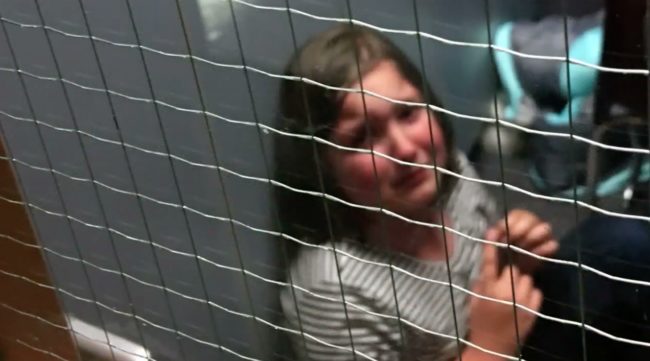 The Ramstad family has pulled Allegra out of Rock Ridge Elementary School and say their daughter has been traumatized by the experience. They have hired lawyer Igor Raykin, who says the school may have violated the girl’s civil rights. He said, “Somebody should’ve been on the phone with Mom saying ‘look, this is what happened, and this is what we are getting ready to do.’” 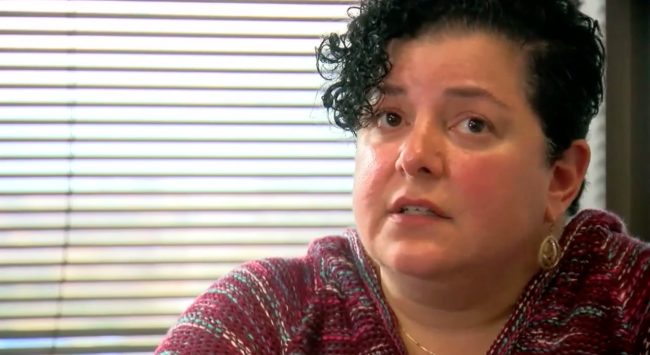 The school district has responded by saying that the detention room is open, safe, and that they cannot comment on this specific case due to student privacy issues. They maintain that there was no inappropriate conduct on the part of the school 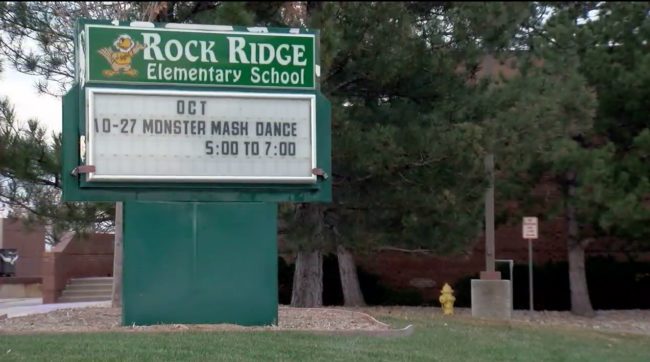 The safety of our students is of the utmost priority. However, because of the student privacy issues involved in this matter, we cannot discuss the specific facts underlying the allegations.We can share that there is a private room in the main office at Rock Ridge Elementary School that is used appropriately for student detention and safety purposes. Photographic images of students in that room are not taken by staff. Additionally, the door to the room remains open at all times when a student is present. Students complete school work and are able to leave the room when needed. Further, parents are notified when their child is being placed in the private room, and are free to pick up their children from school on such occasions.

We are always committed to ensuring a safe learning environment for all students. The school welcomes the opportunity to meet with Rock Ridge families who have additional questions about student discipline policies. Most importantly, we will continue to seek the educational success of every child.

Learn more about the case and why it has outraged parents everywhere in the video below.

What do you think? Did the school take appropriate action in this case, or was this little girl subjected to undue harsh treatment? Is such a small room big enough to hold detention, or is it really like a jail cell? Sound off in the comments about this controversial case.