This Seems Like A Cute Video Of Zoo Animals, But The Story Behind It Is Kind Of Sad

As kids, zoos are basically the most fun places on Earth to visit.

But like most things, zoos look a lot different through the eyes of adults. Recently I traveled to the Toronto Zoo and instead of passively enjoying the experience, I turned my focus toward all the little things that make life hard for animals in captivity.

And those things aren’t hard to find during the summer months, especially when you look at cold-weather animals dealing with scorching temperatures. Animals like penguins and polar bears have a particularly hard time adjusting for obvious reasons.

This might look like a precious video of polar bears playing around in a tub full of ice, but with record temperatures more than 20 degrees above the average, this is what keepers at the Oregon Zoo are forced to provide their polar bears with when things get too hot.

They're icing down the bears @OregonZoo as Portland fries w/ another 100°+ record-breaking day 20° > average. We're live on @weatherchannel pic.twitter.com/XMQ8wLq6eM

Polar bears both in captivity and in the wild are struggling to get by as things heat up. 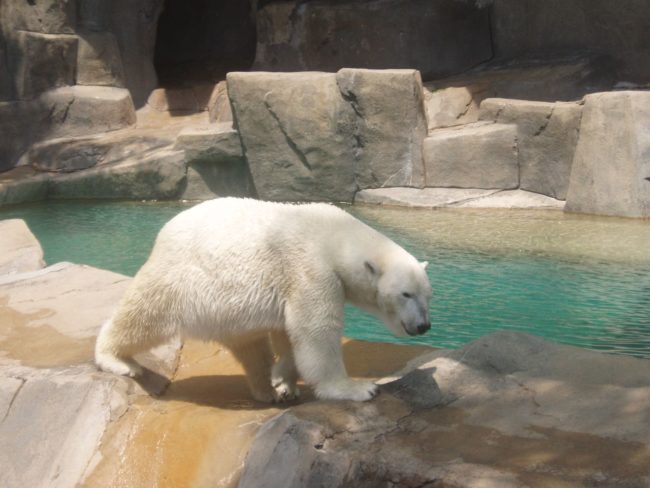 But because zoos in areas where temperatures rise can’t exactly dump snow in their enclosures, they just have to do what they can to keep their tenants comfortable. 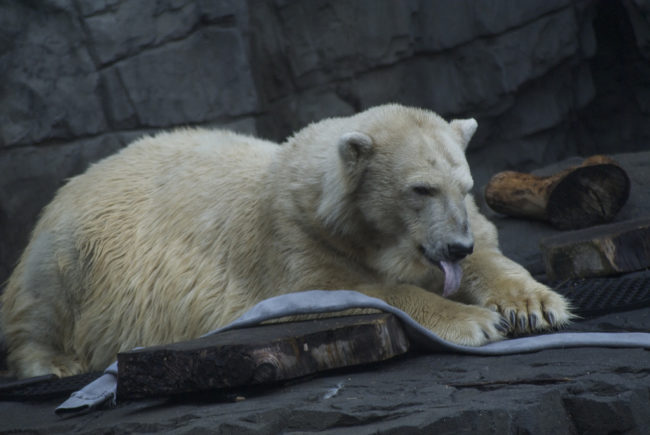 Diet also plays a role in how these bears deal with heat. At many zoos, polar bears are fed diets that are way lower in fat than their natural diets would be. 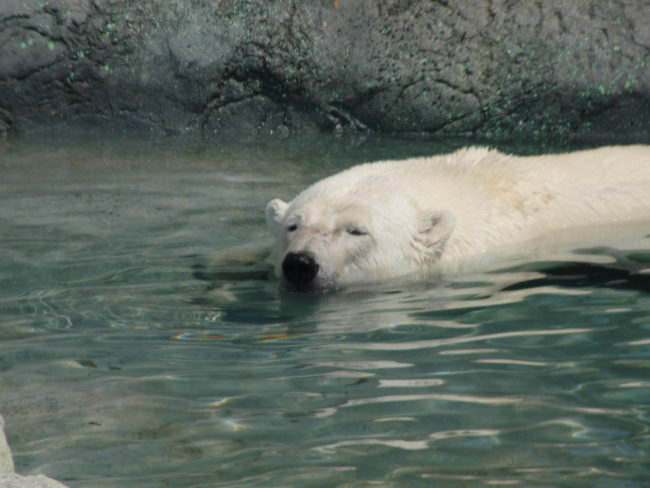 The diet change enables the animals to still receive the healthy foods they need to survive without having to bulk up to withstand the frigid temperatures. Such weight gain could prove disastrous in hotter climates.

Really all that people can do is provide animals with cold water and ice to munch on and play in. 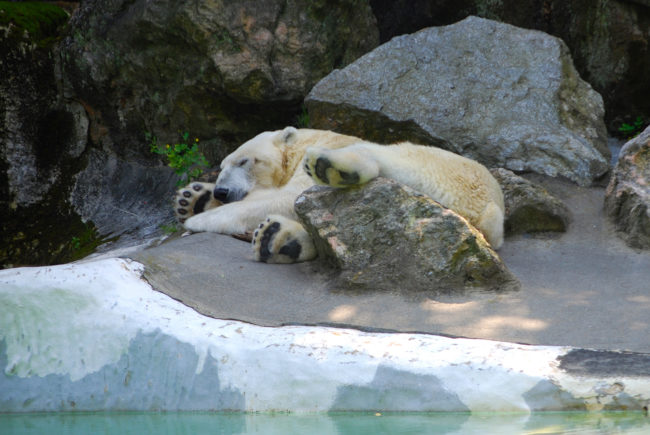 It’s a shame that these beautiful creatures are struggling so hard to survive no matter where they happen to live. That said, it’s good that dedicated zoo keepers do all they can to keep their furry friends safe and happy despite the circumstances.