While at the helm of large commercial planes,airplane pilots are often forced to fight off sleep deprivation in order to get rows of paying passengers to their destinations without a hitch.

And as the last few weeks have seen numerous airline companies making major headlines for all the wrong reasons, this Pakistani pilot isn’t exactly projecting a positive image into the public as he ignored his duties for a few hours of shut-eye.

Captain Amir Akhtar Hashmi was serving as the pilot for a flight leaving Pakistan and headed to London with more than 300 passengers on board. During the routine flight, Hashmi was also tasked with training his new co-pilot, Ali Hassan Yazdani. Feeling fatigued, Hashmi left his trainee alone to man the airliner by himself so that he could snooze.

One passenger aboard the plane captured this photo of Hashmi sleeping in business class as his trainee was forced to carry through with most of the flight. 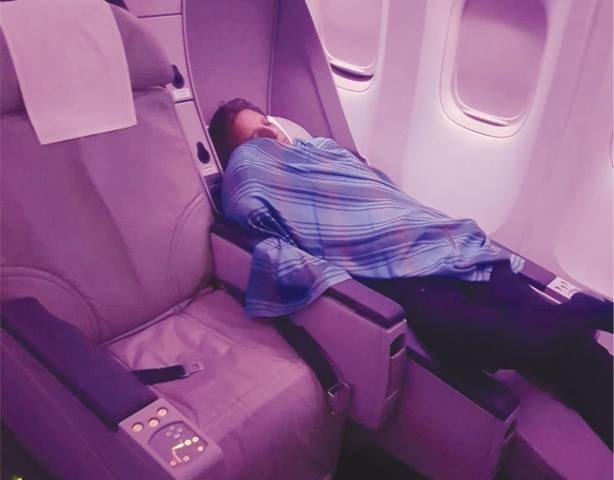 An investigation is currently ongoing, but for now Hashmi has been suspended by the airline until further notice. Share this unbelievable photo with the frequent fliers in your life if you’d be left speechless by something like this.