Plenty of thieves walk out of gas stations with stolen goods stuffed in their jackets and pants, but what this guy thought he could get away with is seriously dumb.

Detective Phil Ryan was sitting in an unmarked car outside of a 7-Eleven in Lakeland, Florida, when he saw 38-year-old William J. Hall walk in the store. When Hall came back outside, his previously baggy pants looked noticeably more filled out and he was struggling to walk. That’s when Ryan stepped out of his vehicle and escorted Hall back inside.

After being told to unload everything he had tried to sneak of the store with, Hall pulled 15 bottles of Penzoil and 30 DVDs out of his jeans. 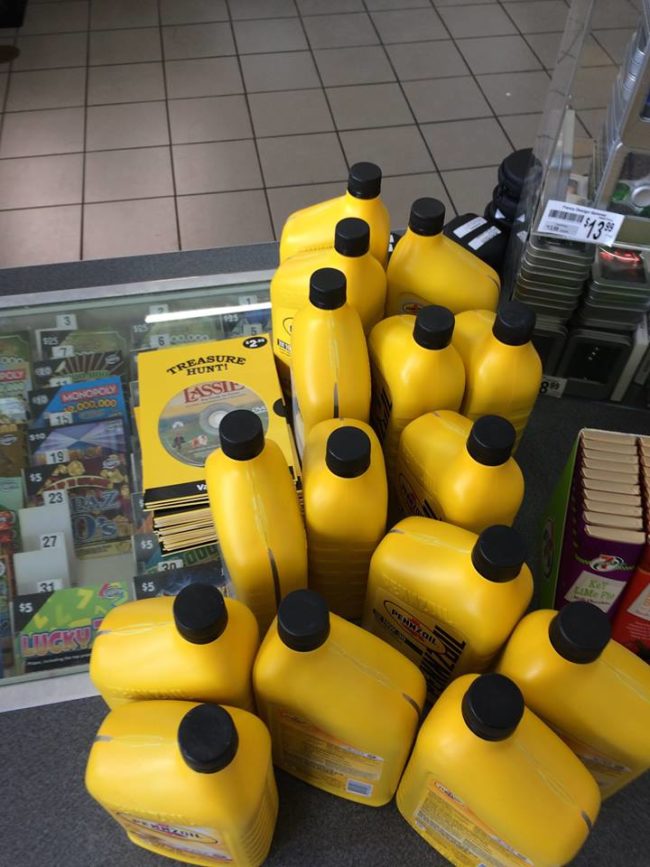 It’s hard to believe all that could fit in one man’s pants, but this security camera footage proves that Hall managed to pull it off, though he failed to get away with it. Seriously, what was he thinking?

Since this was his third arrest for petty theft, Hall is now being charged with a felony. Great job, buddy.