When This Man Goes Into His Shed, He Creates Something That’s Changing Kids’ Lives

While prosthetics are incredibly helpful for people who’ve lost limbs or were born without them, they aren’t exactly affordable.

Just one prosthetic limb can cost thousands of dollars — sometimes tens of thousands, and even the best quality ones are only meant to last a few years for adults. For growing children who need them, prosthetics have to be replaced faster than their parents can save up the money to pay for them. That’s why two men from the U.K. teamed up to do something incredibly generous.

Drew Murray and Stephen Davies want children to have prosthetic limbs without their parents worrying about the cost, so together, they created Team UnLimbited. In his shed, Davies makes 3D-printed hands and arms and gives them to kids for free.

Children can choose whatever theme and color they want. They’re also super easy to use. 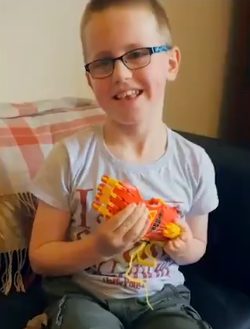 Bending the elbow tightens the grip on the hand, and straightening it loosens the grip. 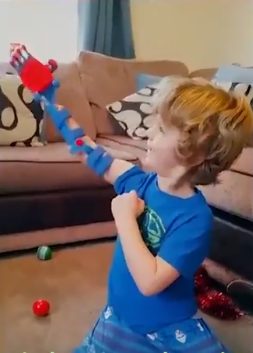 Not only do Murray and Davies create the limbs free of charge for children in the U.K., but they’ve also published the design online for anyone around the world to use. Learn more about their amazing work in the video below.

Heroes are ordinary people that do extraordinary things. pic.twitter.com/a0VzU69KaP

To keep up with this organization, be sure to check them out on Facebook. If you’d like to help them keep making a difference for kids, you can donate here.