Back in early September, a tiny pit bull named Sasha was born with a host of serious medical conditions. At a day old, she was already fighting to stay alive.

Because of her cleft lip and palette, little Sasha wasn’t able to nurse from her mother. Her owner knew she needed professional help, so he brought her to Courtney Bellew, the director of SNARR Animal Rescue Northeast, a rescue group in New York that specializes in special needs dogs. Sasha would require a lot of care, including tube-feeding, so Bellew, reached out to Marie DeMarco, a nurse practitioner and founder of the nonprofit, FURRR 911, who has a lot of experience caring for sick and injured newborn kittens.

Upon meeting the puppy, DeMarco noticed how large her head looked compared to the rest of her body. 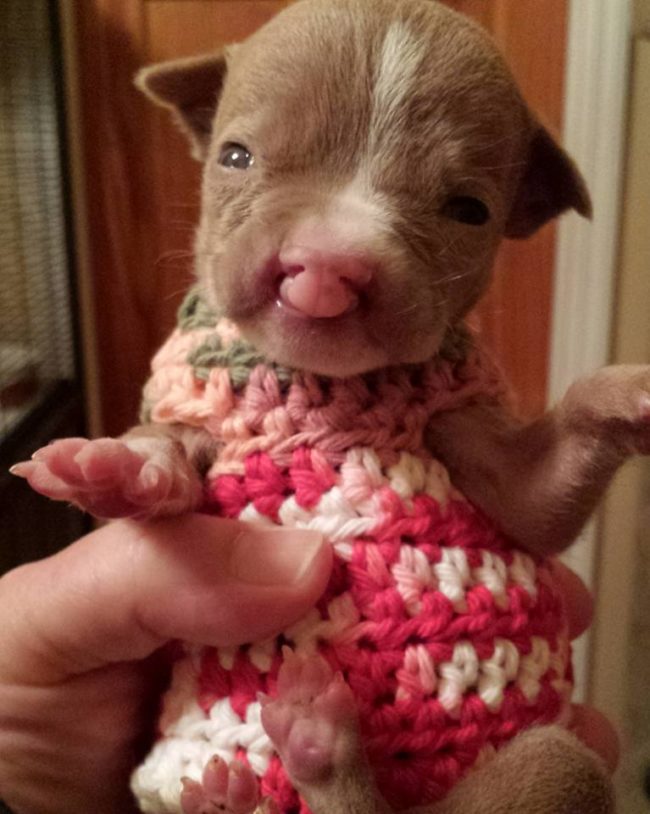 A veterinarian determined Sasha also has hydrocephalus, a buildup of too much cerebrospinal fluid in the brain. She later developed an upper respiratory infection and a urinary tract infection. She also has orthopedic issues. 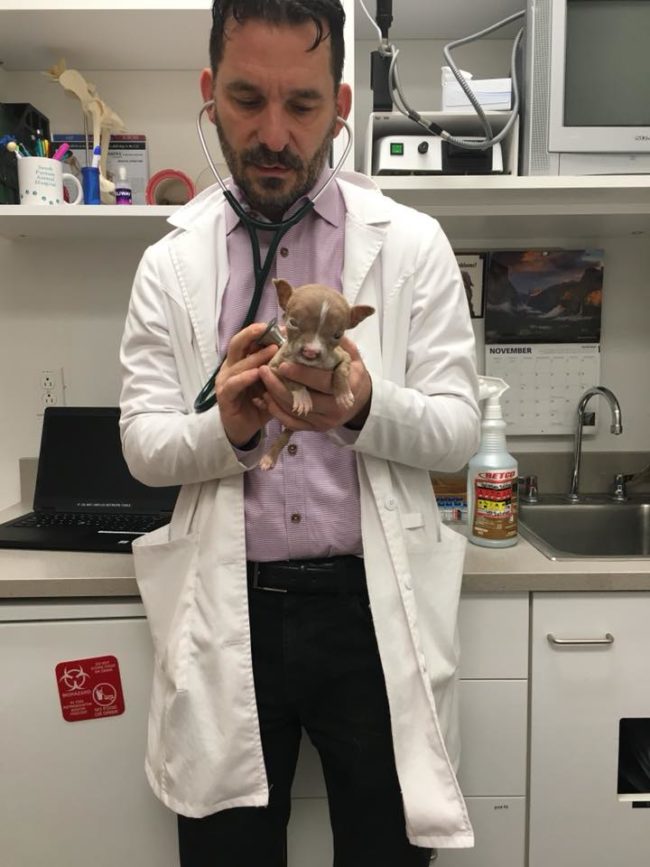 But DeMarco says she’s quite the fighter. “She’s defying all the odds. She’s proven that she wants to be here,” DeMarco told The Dodo. “She has an amazing will and determination. Through all this, she really shouldn’t be here.” 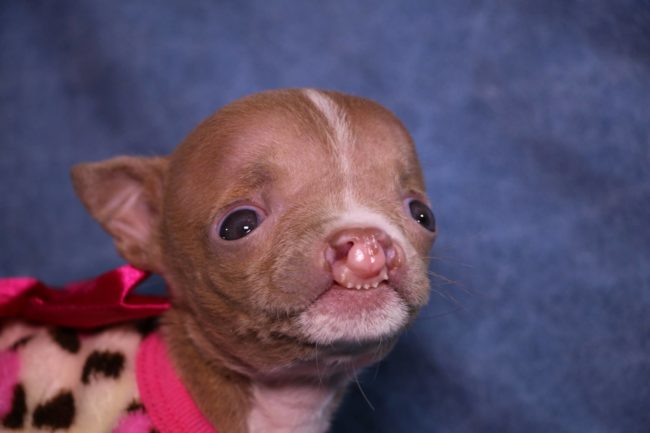 Now Sasha is over three months old and slowly gaining weight, though she isn’t big enough to receive surgery that could drain some of the fluid in her skull. 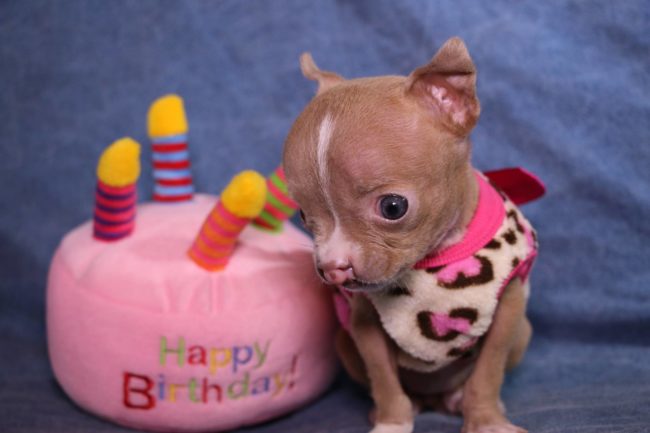 A committed foster mom, DeMarco feeds her around the clock — and gives her all the cuddles she wants. She also dresses her in adorable sweaters to keep her warm and cozy. 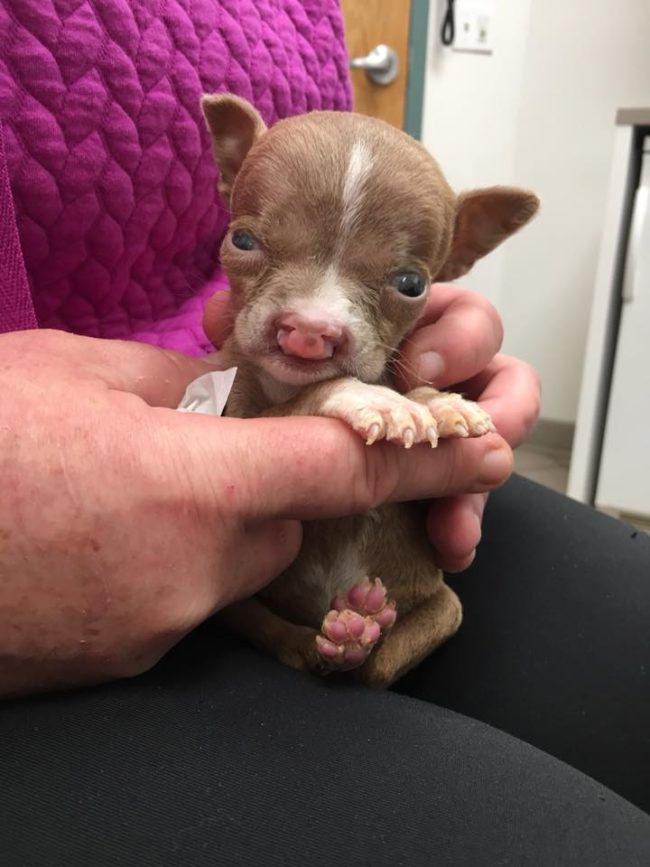 While there’s no guarantee of Sasha’s long-term survival, DeMarco and others who’ve grown to care for this sweet pup are enjoying spending as much time with her as possible. 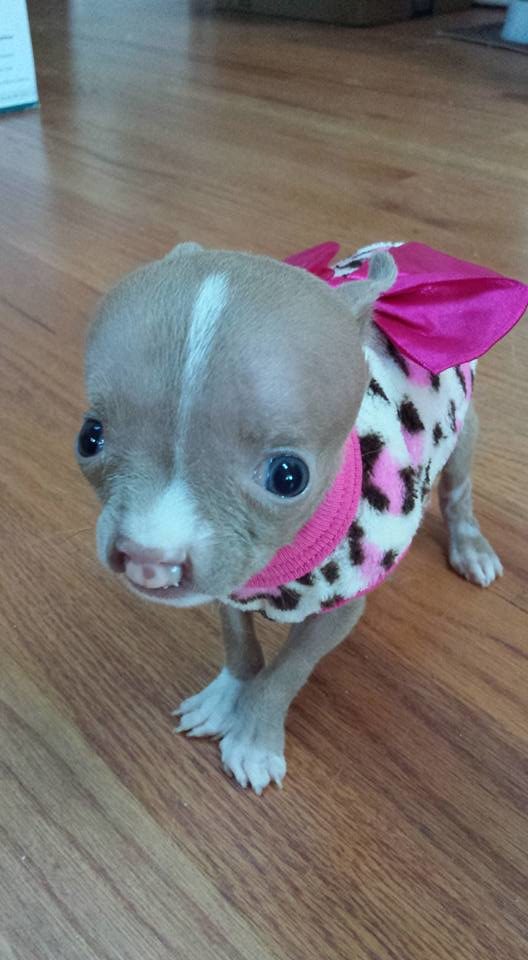 (via Bored Panda and The Dodo)

We’re all rooting for you, Sasha! You can keep up-to-date on how she’s doing by visiting FURRR 911’s Facebook page, and, if you’re so inclined, you can send Sasha a gift for the holidays through her wishlist on Amazon.