Groom Says He Forgot Their Rings, Then Bride Sees Something Hilarious At The Altar

When Stuart Kettell told his bride-to-be Vicky that he was planning a special surprise for her on their wedding day in October 2016, she wasn’t really sure what to expect.

But it’s probably safe to say that she never thought he’d forget something as important as their wedding rings when the time came to exchange their vows. As the two stood on the altar during their ceremony at St. John the Baptist Church in Berkswell, England, Kettell let slip that he didn’t have the rings, stunning his bride and everyone else in attendance.

Robert, the best man, was embarrassed to admit to the vicar that he never received the rings from Kettell despite asking for them several times. Kettell mentioned he may have left them at home. 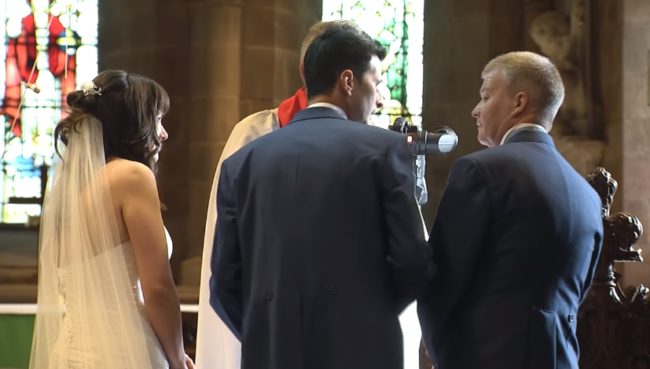 That’s when the vicar told them they couldn’t legally be married without the rings. With their wedding in jeopardy, Kettell ran out of the church, promising to return with them as quickly as possible. 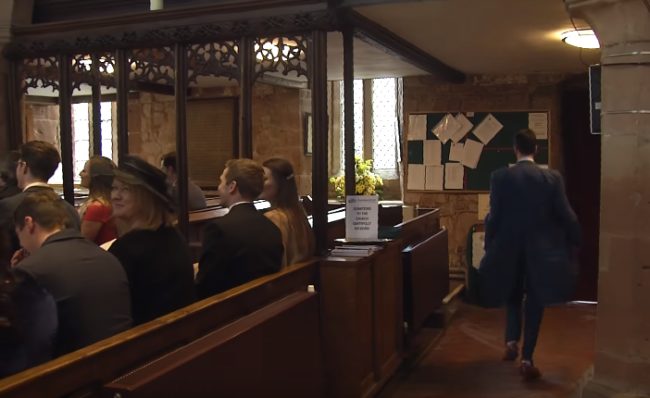 Vicky was shocked, to say the least — that is, until she saw her husband-to-be on the projector screen and realized it was all part of an elaborate prank the vicar was in on. 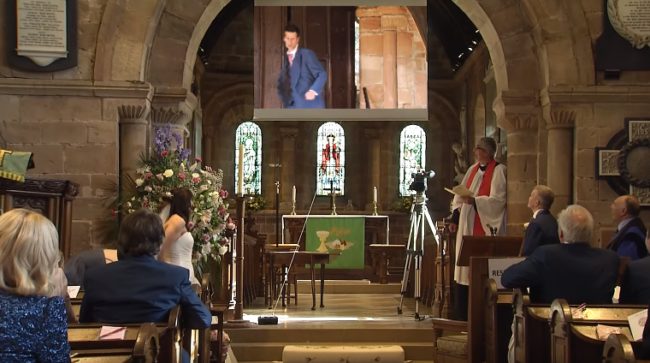 Watch the groom’s hilariously epic journey he filmed beforehand of him doing everything he can to get the rings in time, including stealing a boat and a little girl’s bike!

What a funny and unforgettable wedding ceremony. There’s no question that Kettell has a great sense of humor.