Grabbing a spoon and indulging in a pint of ice cream is one of man’s simplest and greatest pleasures — that is, if you don’t find something nasty concealed in the frozen treat.

Just imagine scooping up a spoonful of the delicious dessert and bringing it to your mouth, only to see what looks like the carcass of a dead animal. That’s what Redditor MojarraMuncher says happened to his wife’s friend when she got close to the bottom of a carton of chocolate ice cream.

Here you can plainly see what’s left of a dead snake. Go ahead and be disgusted. 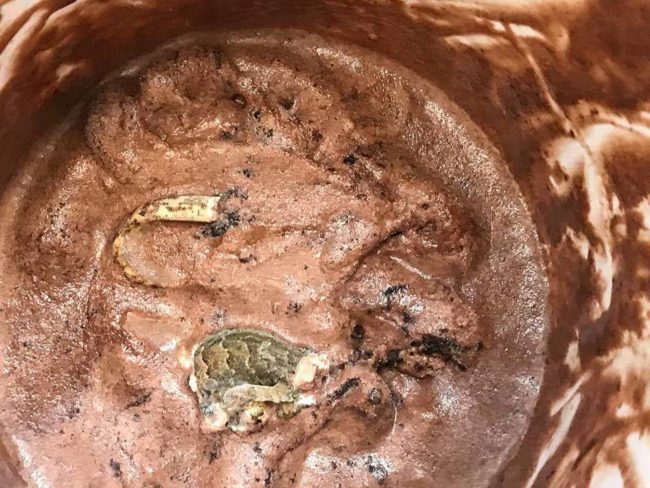 Looks like the snake had somehow been trapped inside during production, right? Well, not according to some commenters. Thee were quick to point out that the ice cream looks like it’s been melted and refrozen. Perhaps the reptile was placed there purposefully? 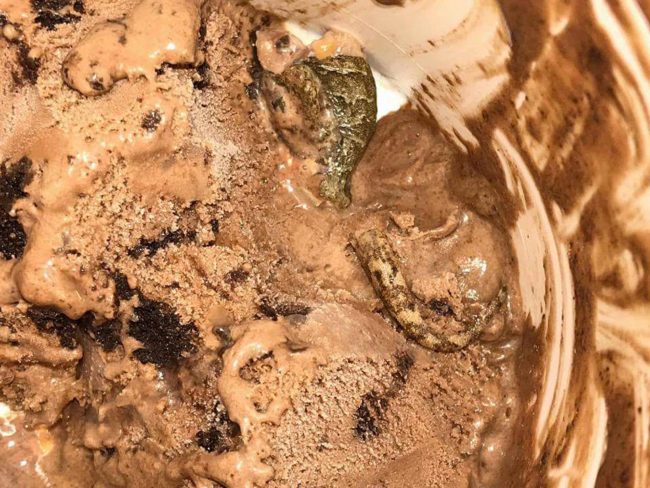 Either way, now I’m grossed out by the thought of chocolate ice cream. Thanks a lot, MojarraMuncher. What do you think happened here? Be sure to let us know in the comments.